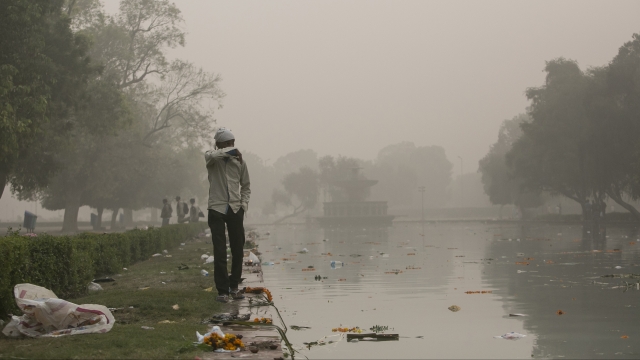 It's not unusual for smog levels to peak in New Delhi this time of year as farmers burn their leftover crops and residents set off firecrackers to celebrate Diwali, the Hindu festival of lights. Both practices have been banned, but CNN reports this level of smog is the worst the city has seen in over three years.

Delhi's chief minister says he's not placing the blame on anyone.

"We do not want to blame anyone. This is an issue of our health, an issue of breathing in air. The health of our children, our families. That's what's at stake here," said New Delhi Chief Minister Arvind Kejriwal.

Smog can cause breathing issues and even lead to high blood pressure, heart attack or stroke.

Officials in New Delhi have implemented some emergency measures to tackle the issue, including limiting the number of vehicles on the road, asking residents to stay home, closing schools and pausing construction work.

New Delhi has been consistently labeled one of the world's 10 most polluted cities.