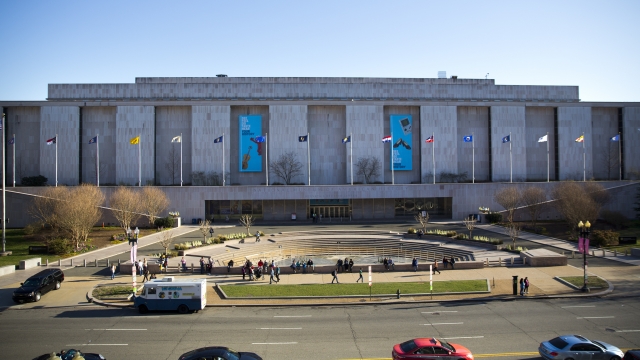 SMS
Smithsonian Museum Remains Closed Due To COVID-19 Impact
By Newsy Staff
By Newsy Staff
November 24, 2020
Smithsonian Director Stephanie Stebich said she hopes if there is another stimulus package the museum would be included.
SHOW TRANSCRIPT

Business closures have been a common sight during the pandemic. The Smithsonian has closed its doors at 19 museums and the national zoo as coronavirus cases rise in the Washington D.C. area.

All Smithsonian institutions closed in March. The outdoor zoo reopened in July. Several museums also reopened in September with safety measures in place.

The Smithsonian does not charge admission, but many museums depend on ticket revenue to stay open.

Smithsonian Director Stephanie Stebich said, "We're hoping that when there is yet another stimulus package that museums are also included. It really has been an incredibly difficult time and where we are well aware that not every museum will reopen, that's just going to be the reality of things."

The Smithsonian receives about $ billion dollars annually from the federal government. Last year, there were more than 22 million visits to the museums and the national zoo.

The Smithsonian has not announced a reopening date.