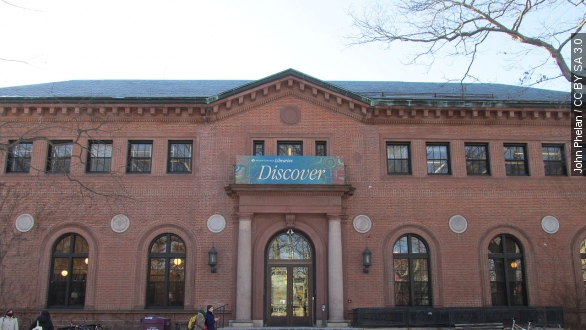 The new policy allows any "self-identified transgender women" to apply for admission, provided they identify as female. College president Kathleen McCartney says it "reflects a women's college that is steadfast in its founding mission yet evolving to reflect a changing world."

The change doesn't impact any students who begin transitioning while at the college; those students are already protected under university policy.

But it does mean the university will make admission decisions based on gender identity, regardless of medical or official documentation. That's something activists have been pressuring the university to do for years.

Former prospective Smith student Calliope Wong, whose application was rejected by Smith, told MSNBC, "These transgender applicants, very bright young women, should be regarded. And their application should be reviewed in exactly the same way as cisgendered applicants."

Smith Q & A, a student group which advocated for trans inclusivity, welcomed the change in a statement but noted, "There is still work to be done. Admission to Smith College does not necessarily mean trans women will be admitted to a healthy, supportive environment."

This video includes images from John Phelan / CC BY SA 3.0.