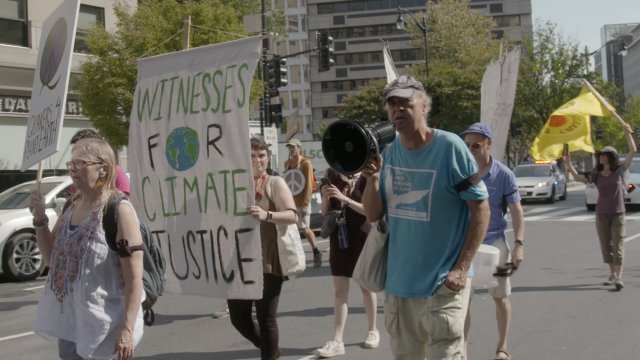 As most world leaders gathered at the Climate Summit at the United Nations, activists attempted to "#ShutdownDC" Monday morning.

Relatively small crowds of protesters blocked the streets in a few spots across downtown D.C. during rush hour with their bodies, their signs and even a boat.

But realistically, this wasn't the "trending" event as advertised. It was a small turnout, with a few dozen protesters arrested as they blocked an intersection. The protest that was supposed to last all day was over before lunch.

Protesters from one group say they're focusing on the intersection of faith and climate, specifically choosing their route to pass by various houses of worship.

But they say even small turnouts can bring about big conversations.