Small Company Takes A Bite Out Of Apple In Infringement Case 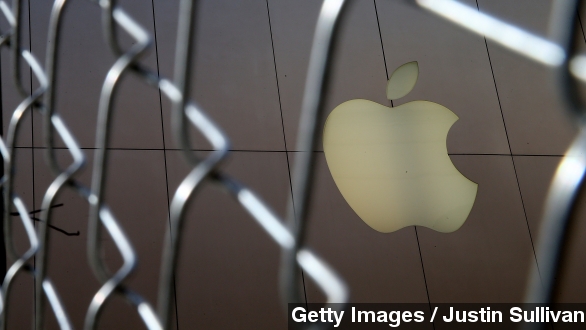 SMS
Small Company Takes A Bite Out Of Apple In Infringement Case
By Cliff Judy
By Cliff Judy
February 25, 2015
A federal judge in Texas ruled Apple infringed on a much smaller company's patents dating back to 1999. The tech giant paid nearly $533 million.
SHOW TRANSCRIPT

A federal jury in Texas took a big chunk out of Apple's bank account late Tuesday, though the company is certainly able to handle most any fine thrown its way. The jury ordered the tech giant to pay a much smaller company nearly $533 million for patent infringement. (Video via Apple)

That company is Texas-based Smartflash LLC, which sued for more than $850 million.

Smartflash sued Apple and three other companies in May 2013 based on patents like this one filed as far back as 1999. The company contended, in part, Apple used Smartflash's patents in iTunes and said that infringed its patents for accessing and storing downloaded songs, videos and games.

Apple, which has already said it will appeal the jury's decision, had argued Smartflash didn't use its own inventions and the patents were invalid. (Video via Apple)

Apple released a now widely quoted statement following the verdict. The spokeswoman wrote, "Smartflash makes no products, has no employees, creates no jobs, has no U.S. presence, and is exploiting our patent system to seek royalties for technology Apple invented."

"Ultimately, the jury saw through Apple’s arguments and reached the right result," he said. "The jury’s verdict provides well-deserved and long-overdue recognition for our client, Smartflash."