Small Bordertown Finds Itself In Middle Of Political Debate Over Wall 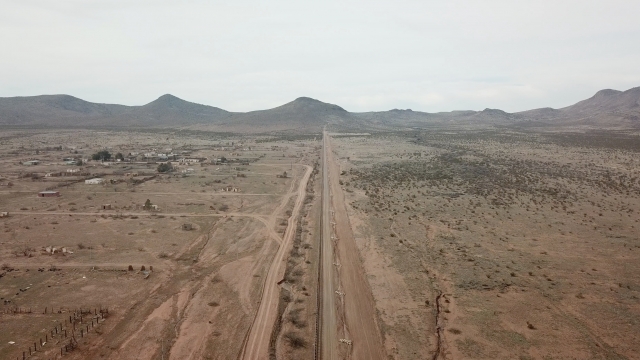 SMS
Small Bordertown Finds Itself In Middle Of Political Debate Over Wall
By Jake Godin
By Jake Godin
January 18, 2019
While the goverment remains shutdown over funding for Trump's border wall, we went to New Mexico to ask border residents what they think of the fight.
SHOW TRANSCRIPT

The fight over Trump's border wall funding is still ongoing and the U.S. government is still shutdown. We're here at the U.S. border talking to those with the largest stake in the fight — from those who live right on the land to those living in the border city of Columbus, New Mexico.

It was near Columbus where we spoke with James Johnson, a rancher who owns land that runs right up to the Mexico border. There's no 14-foot wall there right now, but he's willing to give Trump the space needed to build it.

"It's working in this area. But this is… you know, we have at least a vehicle barrier, it's not the fix all for it. It's pretty easy for me to cross the border. I can stand here and straddle this. It's not going to stop anybody that's going to come on foot or wear a backpack."

While Johnson says there's a massive crisis at his part of the border — he does think getting the wall built would help with making sure his land was more secure. Some are skeptical about the wall. 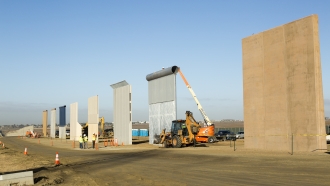 Trump Still Says Mexico Will Pay For The Border Wall. Is That True?

"I'm against it. I'm against it. Not because I don't love my country, cause a lot of people mix it up with me not being patriotic or not being American but I just don't think we need the wall. I think it's a waste of money."

Adriana Zizumbo co-owns the Borderland Cafe, which sits just three miles from Mexico. Her and other residents of the town are against the wall being built.

These are just two of the dozens of people we've talked to over the past 48 hours who've found where they live become part of the debate that's led to the longest government shutdown in U.S. history.