Sleeping On Animal Fur As A Baby Could Prevent Asthma 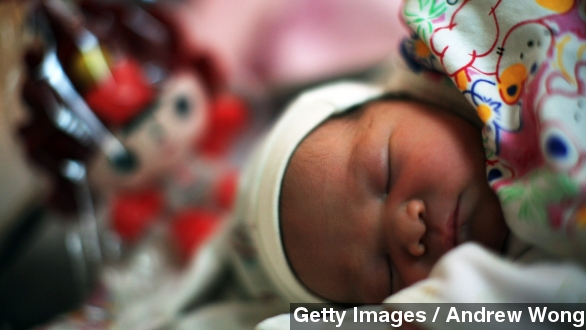 New research suggests that if children sleep on animal furs for the first three months of their lives, they'll be less likely to contract asthma.

A new study has shown that babies who sleep on animal fur early in life have less of a chance of developing asthma later on.

The research, presented Monday at the European Respiratory Society International Congress in Munich, looked at nearly 3,000 children. It found those who slept on animal fur in their first three months of life had a 79 percent lower risk of asthma at age 6 and a 41 percent lower risk at age 10.

One of the authors cites previous studies that found microbes in rural settings can protect individuals from developing asthma. "An animal skin might also be a reservoir for various kinds of microbes, following similar mechanisms as has been observed in rural environments."

Asthma cannot be cured, but currently there are ways to treat the symptoms. One expert tells The Telegraph these findings, though not conclusive, pave the way for greater understanding of the condition.

"This is interesting, although previous studies have not shown a consistent impact of exposure to animal fur in early life on asthma outcomes later on. Asthma is a complex condition so we welcome any new research that helps us understand what causes asthma as it brings us one step closer to curing asthma."

HealthDay was also a tad skeptical, noting that while this does show a relationship between exposure to animal fur and asthma development, it does not necessarily prove a cause-and-effect relationship.

It should be noted these findings have not yet been presented in a peer-reviewed journal, so they haven't been verified just yet. But there are others that have had similar results.

This study, published in The Journal of Allergy and Clinical Immunology, found exposure to pets at a young age is associated with less sensitivity to allergy-causing agents.

So maybe it's worth a shot to shell out the extra dough for a sheepskin blanket for your baby's crib.