Sleep Apnea Could Be Robbing You Of Everyday Memories 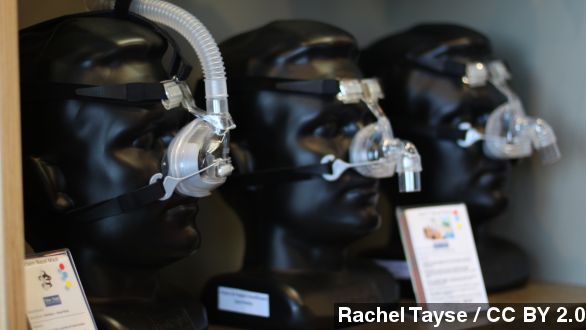 SMS
Sleep Apnea Could Be Robbing You Of Everyday Memories
By Matt Moreno
By Matt Moreno
November 3, 2014
A study out of NYU Langone Medical Center says sleep apnea can disturb your REM sleep, which plays a big role in memory consolidation.
SHOW TRANSCRIPT

Medical professionals have long noted how important it is to get a good night's sleep, and now another study, suggests if that sleep is disturbed by sleep apnea, your memory could be negatively affected.

A study out of NYU Langone Medical Center in New York City and published in The Journal of Neuroscience says for the first time scientists have discovered a connection between sleep apnea and a negative impact on your memory of everyday events.

As HealthDay explains, "Tests on 18 people with severe sleep apnea showed that this ability -- called spatial memory -- was impaired when sleep apnea disrupted rapid eye movement (REM) sleep, even when other stages of sleep weren't affected."

Spatial memory is essentially your memory of everyday things like where you parked your car or where items are in a dark room.

Sleep apnea can sometimes cause a disruption in REM sleep, which in turn can result in that spatial memory loss.

REM sleep is the deepest form of sleep and is believed to play a major role in memory consolidation. Failing to achieve REM sleep at night can result in waking up feeling tired, even if you've slept for a long time.

The study notes that spatial memory is particularly affected by Alzheimer's disease, which is often why people with the disease are found wandering around. (Video via TED)

Lead researcher Dr. Andrew Varga says, "Our findings suggest memory loss might be an additional symptom for clinicians to screen for in their patients with sleep apnea."

HealthDay points out, while the study establishes a connection between sleep apnea and spatial memory loss, it "did not prove a direct cause-and-effect link between the two."