Slack Goes Public, But Not In A Traditional Way 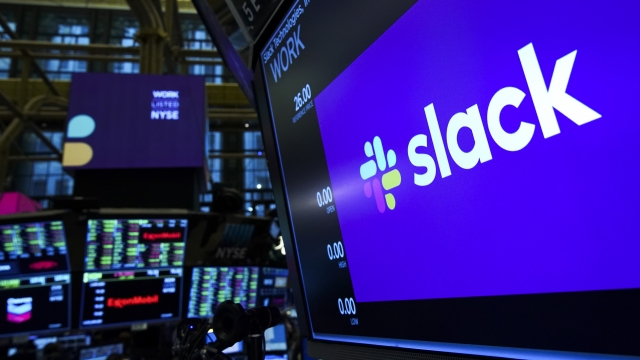 The workplace messaging tool decided to go public by selling shares under a direct listing, instead of an official initial public offering.

Some experts say taking a different route for a public debut could be something other tech companies, like Airbnb, may take advantage of. In a direct listing, a company puts its existing shares on a public exchange at a market-determined price. That eliminates the need for investment banks to get involved like they would in a typical IPO. Next to Spotify, Slack is the second big U.S. tech firm to choose that approach.

Analysts say that it's a good sign the market may be craving public offerings. Slack joins tech counterparts Uber and Lyft in going public, and a series of other tech IPOs are expected this year.

According to the company, Slack had more than 10 million daily active users around the world as of January this year.