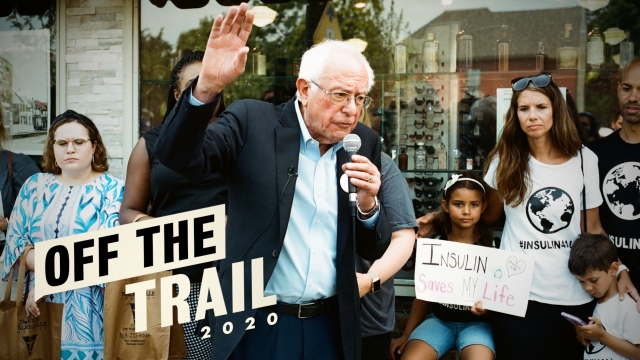 Video editing by Kyle Pyatt, animation by Jennifer Smart and videography by Kyle Pyatt are included in this video.

Americans pay more for prescription drugs than anyone else in the world, and as drug prices continue to rise, more people are looking for alternatives to get cheaper drugs. One of those methods is looking beyond our borders to buy medicine like insulin for a fraction of what it would cost in the U.S.

In 2012, the U.S. spent $250 billion on prescription drugs. By 2016, that number had reached $341 billion. Between January and June of this year, prescription drug prices jumped 10.5 percent, rising four times as fast as the rate of inflation.

For example, over the course of 5 years, the amount that one person spent on insulin prescriptions nearly doubled.

So, it's no surprise that candidates are bringing this up on the 2020 campaign trail.

The top 2020 Democratic candidates have a lot of ideas on how to bring down these costs including allowing the government to negotiate drug prices for Medicare, setting price caps based on what other countries pay for the same drugs, increasing access to generic versions of brand name prescriptions, and importing drugs from Canada and Mexico.

Those proposals aren't actually that far off from some of Republican President Donald Trump proposals to bring down the cost of prescription drugs.

Trump has suggested capping drug prices based on their cost in other developed countries, he's worked to increase the number of approved generics on the market, and he's proposed opening new pathways for states, pharmacies, wholesalers and pharmaceutical companies to import cheaper, FDA approved drugs from Canada.

But so far in Trump's first term, none of these ideas have panned out. And short of any immediate policy changes, it's almost certain that the cost of prescriptions will continue to rise.