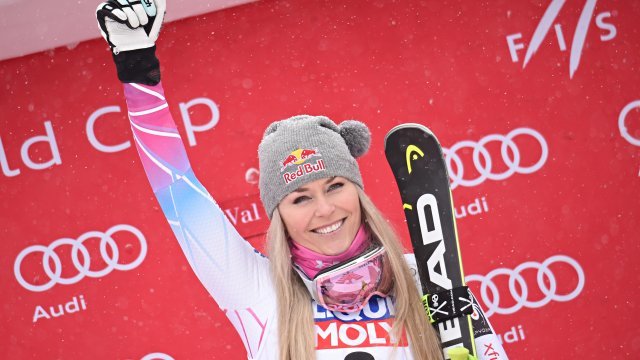 Vonn previously said she didn't want to retire until she broke his record. She still says beating him would be a "dream come true," but she's also content with the success she's already seen in her career.

In the last few years she's been plagued by injuries, including fractures and torn ligaments.

Vonn's been on the U.S. Ski and Snowboard team for more than half her life, and the organization calls her upcoming retirement the end of an era.

The 2018-2019 World Cup ski season kicks off for Vonn at the end of November at Lake Louise in Canada.