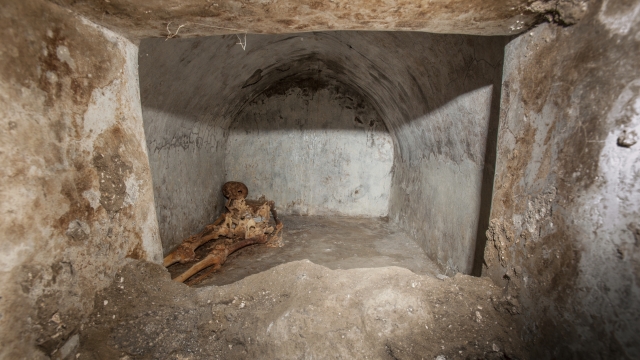 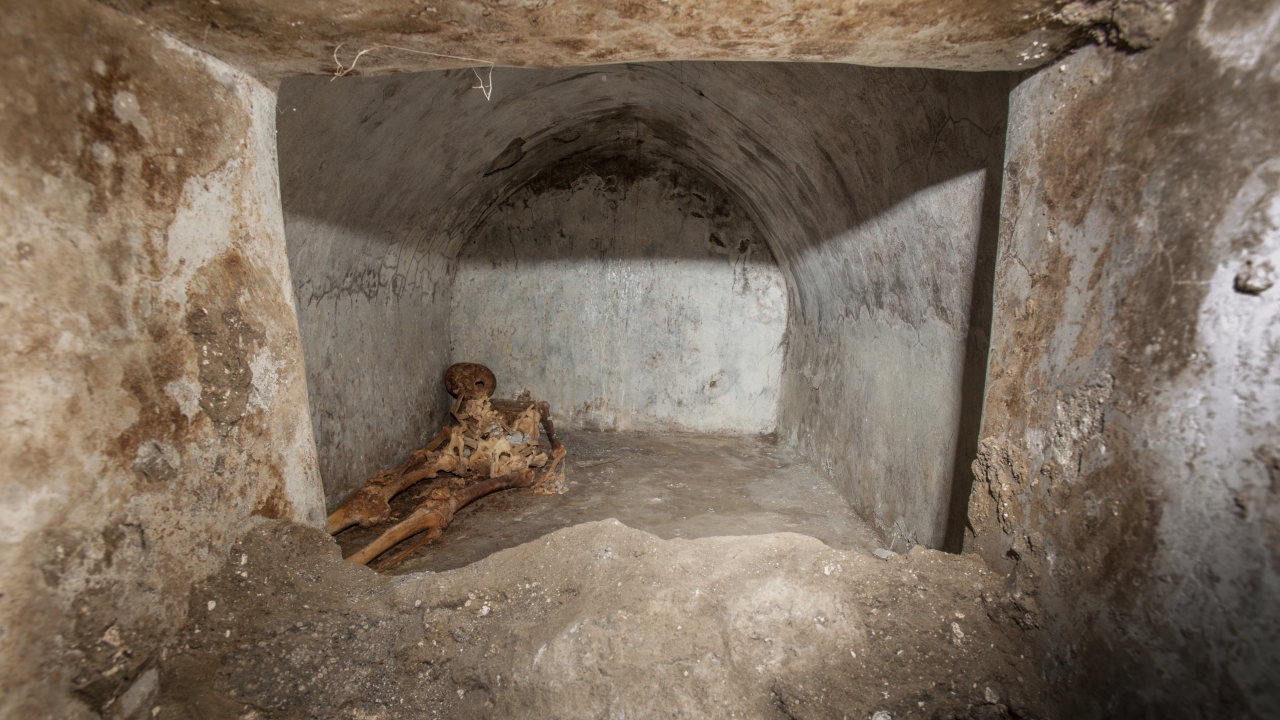 Archaeologists in the ancient city of Pompeii have discovered a remarkably well-preserved skeleton during excavations of a tomb that also shed light on the cultural life of the city before it was destroyed by a volcanic eruption in AD 79.

A skull bearing tufts of white hair and part of an ear, as well as bones and fabric fragments, were found in the tomb in the necropolis of Porta Sarno, an area not yet open to the public that is located in the east of Pompeii’s urban center. The discovery is unusual since most adults were cremated at the time.

Mummified remains, along with the hair and bones of an individual buried in an ancient tomb have been found at the necropolis of Porta Sarno, to the east of the ancient urban centre of #Pompeii. pic.twitter.com/GWOJbqQCm0

An inscription of the tomb suggested that its owner, a freed slave named Marcus Venerius Secundio, helped organize performances in Greek in Pompeii. Experts said it was the first confirmation that Greek, the language of culture in the Mediterranean, was used alongside Latin.

“That performances in Greek were organized is evidence of the lively and open cultural climate which characterized ancient Pompeii,” the director of the Archaeological Park of Pompeii, Gabriel Zuchtriegel, said in a statement announcing the discovery.

In an interview with The Associated Press, Zuchtriegel said Marcus Venerius clearly had been able to make a living for himself after he was freed as a slave, given the “monumental" size of his burial tomb.

“He didn't become super rich, but certainly he reached a considerable level of wealth," Zuchtriegel said.

The eruption of Mount Vesuvius in 79 AD destroyed Pompeii. Excavations over the years have yielded remarkable discoveries of tombs, chariots and brilliantly frescoed homes.