Six Flags And Saudi Arabia Should Make For An Interesting Pair 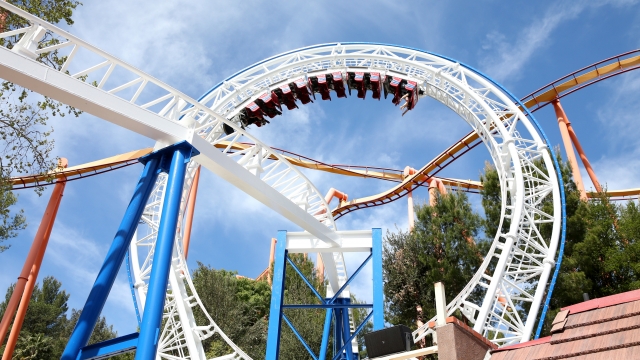 SMS
Six Flags And Saudi Arabia Should Make For An Interesting Pair
By Ryan Biek
By Ryan Biek
June 20, 2016
The Arab country is trying to expand its entertainment industry so it relies less on oil.
SHOW TRANSCRIPT

If Six Flags' 16 American theme parks seem a little too local, you could soon be riding one of its roller coasters in Saudi Arabia.

The company's CEO told Saudi-owned Al Arabiya on Monday the amusement park plans to expand its empire in the Arab nation, following a meeting with the country's deputy crown prince.

Few of the details have been released, but Six Flags' CEO did say his company's expansion fits in with Saudi Arabia's Vision 2030 –– an economic blueprint for the kingdom to stop relying on oil and expand into other industries.

Six Flags has already announced it's going to open a park in the United Arab Emirates, Saudi Arabia's neighbor, in 2019.

The Abu Dhabi location promises to feature record-breaking roller coasters, but both the UAE and Saudi Arabia are more conservative than the U.S., so it'll be interesting to see if their parks' attractions differ from those at the American locations.

Six Flags may help Saudi Arabia's entertainment industry attract both local and foreign crowds. The country has little in the way of amusement parks, and last year it was reported most Saudi families favor traveling abroad.

Meanwhile, Saudi Arabia's goal is to attract almost 82 million tourists a year by 2020.

This video includes clips from Six Flags, CBS, BBC and CCTV, and images from Getty Images.