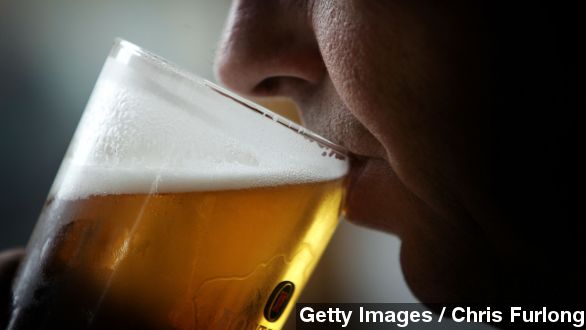 A new report by the Centers for Disease Control and Prevention shows excessive drinking in the U.S. is killing thousands each year.

That's because, according to the report, 2,200 people die annually from overconsumption of alcohol, or alcohol poisoning. That turns out to be an average of about six people every day.

Using data from 2010 through 2012, the CDC also discovered these facts: More men die from alcohol poisoning than women, most are non-Hispanic whites and, perhaps most surprising, most alcohol poisoning deaths occur among adults between the ages of 45 and 54.

When a person's body becomes oversaturated with alcohol, they lose control of vital bodily functions such as breathing, body temperature and heart rate, which could lead to death.

Deaths from alcohol poisoning add to the overall deaths from alcohol use, making it one of the leading preventable deaths in the U.S. According to the CDC, one of the best ways to prevent those deaths is to curb binge drinking. For men, that's considered five or more drinks a day, and for women, it's four or more drinks. (Video via École Internationale de Création Audiovisuelle et de Réalisation)

To achieve that goal, the CDC suggests states and communities support stronger alcohol policies; partner with police, communities and health groups to reduce binge drinking; and monitor the role of alcohol in injuries and deaths.

According to the World Health Organization, the U.S. population drinks around 9.2 liters of alcohol per capita with 0.5 of that estimated to be unrecorded consumption.

The CDC also notes these findings are likely to be an underestimate due to how many unreported alcohol-related deaths there could be.