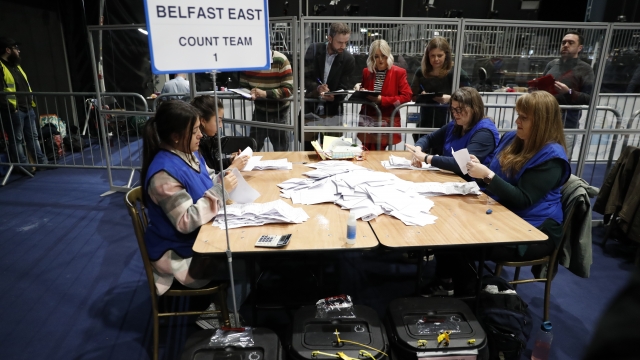 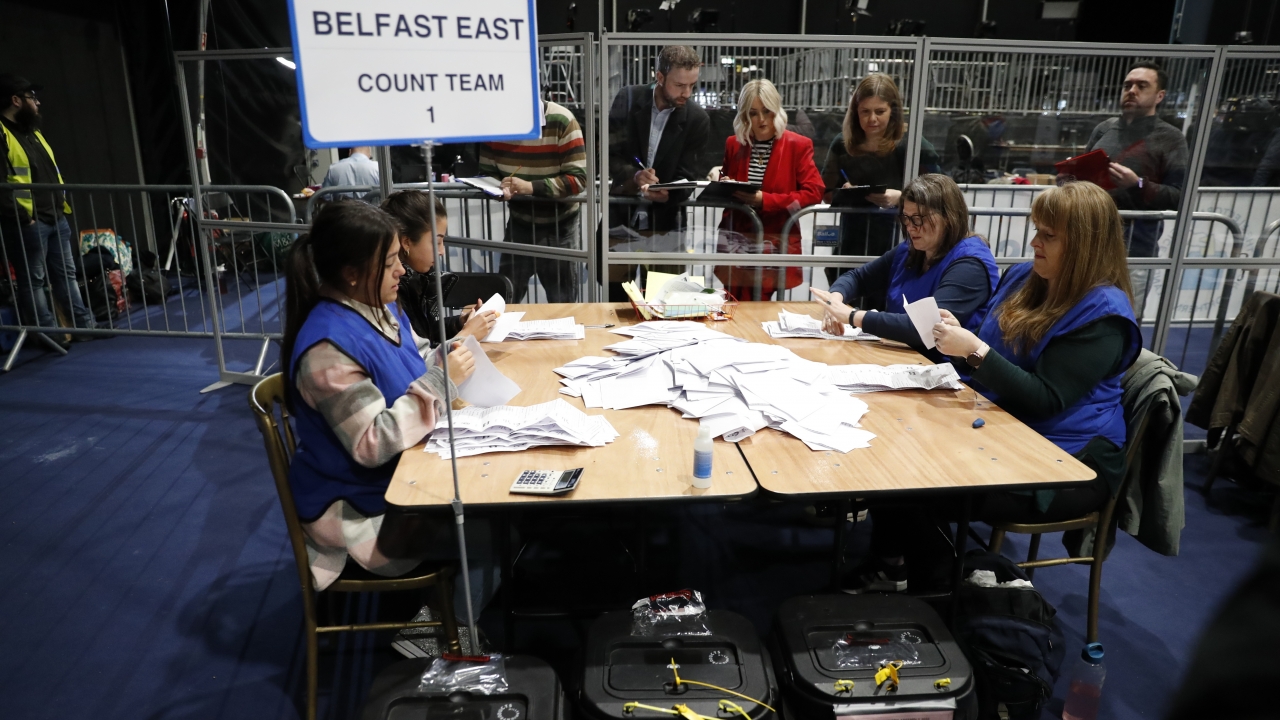 Irish nationalist party Sinn Fein was widely expected to become the largest group in the Northern Ireland Assembly for the first time, giving it the right to the post of first minister in Belfast, as vote-counting in this week's election resumed Saturday.

A Sinn Fein win would be a milestone for a party long linked to the Irish Republican Army, a paramilitary group that used bombs, bullets and other forms of violence to try to take Northern Ireland out of U.K. rule during decades of unrest — in which the British Army and Royal Ulster Constabulary, as well as Protestant Loyalist paramilitaries, were also strongly involved.

A victory would bring Sinn Fein's ultimate goal of a united Ireland a step closer. But the party has kept unification out of the spotlight during a campaign that has been dominated by more immediate concerns, namely the skyrocketing cost of living.

With about 51 of 90 seats counted so far, results showed that Sinn Fein has 18 seats, while the Democratic Unionist Party, which has been the largest in the Northern Ireland Assembly for two decades, has 14.

The centrist Alliance Party, which doesn't identify as either nationalist or unionist, has seen support surge and is set to be the other big winner of the elections. It has 10 seats so far.

Unionist parties have led the government since Northern Ireland was formed as a Protestant-majority state in 1921.

While a Sinn Fein win would be a historic shift that shows diluting support for unionist parties, it's far from clear what happens next.

Under a mandatory power-sharing system created by the 1998 peace agreement that ended decades of Catholic-Protestant conflict, the jobs of first minister and deputy first minister are split between the biggest unionist party and the largest nationalist one.

Both posts must be filled for a government to function, but the Democratic Unionist Party has suggested it might not serve under a Sinn Fein first minister.

The DUP has also said it will refuse to join a new government unless there are major changes to post-Brexit border arrangements, known as the Northern Ireland Protocol, that are opposed by many unionists.

The post-Brexit rules have imposed customs and border checks on some goods entering Northern Ireland from the rest of the U.K. The arrangement was designed to maintain an open border between Northern Ireland and EU member Ireland, a key pillar of the peace process.

But it angered unionists, who maintain that the new checks have created a barrier between Northern Ireland and the rest of the U.K. that undermines their British identity.

Polling expert John Curtice, a professor of political science at the University of Strathclyde, said the Northern Ireland results are a legacy of Brexit.

"The unionist vote has fragmented because of the divisions within the community over whether or not the Northern Ireland Protocol is something that can be amended satisfactorily or whether it needs to be scrapped," he wrote on the BBC website.

Persuading the DUP to join a new government will pose a headache for British Prime Minister Boris Johnson, he added.

Sinn Fein vice president Michelle O'Neill said the party wanted to work "in partnership with others."

"That is the only way we will achieve much, much more for people here, whether in terms of the cost-of-living crisis or trying to fix our health service," she said.

She also said that with regard to Irish unification, there would be no constitutional change until voters decide on it.

Party leader Mary Lou McDonald indicated on Friday that planning for any unity referendum could come within the next five years.

The full results of the election, which uses a system of proportional representation, were expected later in the weekend.

The new legislators will meet next week to try to form an executive. If none can be formed within six months, the administration will collapse, triggering a new election and more uncertainty.