Singer Kehlani Hospitalized After She 'Wanted To Leave This Earth' 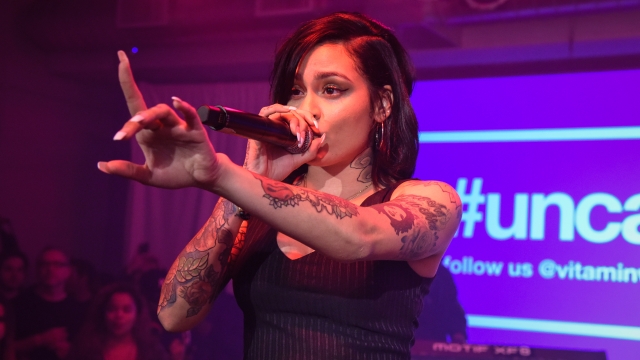 R&B singer Kehlani has been hospitalized after reportedly attempting suicide.

Kehlani, whose full name is Kehlani Parrish, wrote on a since-deleted Instagram post captured by The Shade Room: "Today I wanted to leave this Earth. Being completely selfish for once. Never thought I'd get to such a low point."

The 20-year-old singer from Oakland was the subject of social-media scrutiny Monday because of rumors about who she was or wasn't dating. This came after her hand was spotted in this image on Instagram posted by her ex-boyfriend Canadian artist PARTYNEXTDOOR. Kehlani was previously linked to Cleveland Cavaliers guard Kyrie Irving.

Kehlani sort of addressed those rumors, saying: "I am severely utterly in love with my first love. Went thru a bad breakup and ended up easing into a relationship with a man who is one of my bestfriend[s]. ... EVERYONE IS HAPPY AND HONEST AND MATURE."

Kehlani earned a Grammy nod this year for her mixtape "You Should Be Here." More recently, she's the only feature on Zayn Malik's debut album "Mind of Mine."