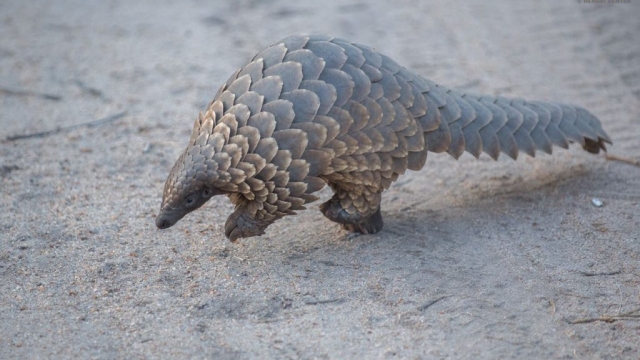 The little scaly creatures are the most trafficked mammal in the world. Their meat and scales are considered valuable, and in some cultures, they're thought to have health benefits. Pangolins are found in Asia and Africa.

Singapore's customs and the National Parks Board said the seizure was worth nearly $40 million. One conservation official estimates 36,000 pangolins were killed for the shipment.

All eight species of pangolin are threatened as a result of illegal hunting. When they're frightened, pangolins curl up into nearly impenetrable balls. It's useful against most predators, though it makes them easy prey for poachers.

International laws prohibit pangolin trafficking, but on average, an estimated 300 pangolins are illegally killed every day.