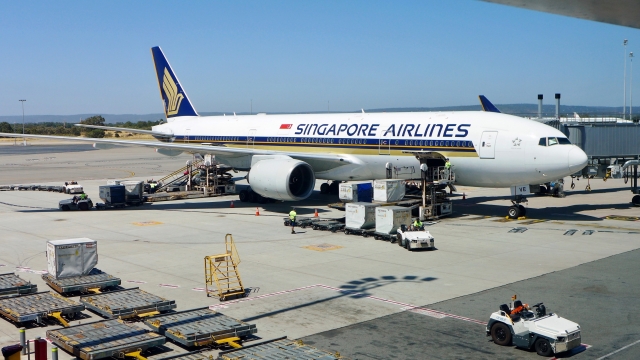 SMS
Singapore Airlines To Slash Operations Amid Coronavirus Pandemic
By Ahmed Jawadi
By Ahmed Jawadi
March 24, 2020
​The company said it will reduce capacity by 96% due to recent global border restrictions.
SHOW TRANSCRIPT

Singapore Airlines will take a number of cost-cutting measures as it deals with recent losses due to the coronavirus pandemic.

The company announced in a news release Monday it will reduce capacity by 96% due to recent border restrictions many countries have implemented in an effort to stem the outbreak. It said the move will result in the grounding of most of its fleet.

The airline also said it had agreed with unions on additional cost-cutting measures, including voluntary unpaid leave for most staff, as well as varying days of mandatory unpaid leave for pilots, executives and associates. The company expects these steps will affect roughly 10,000 employees.

The airline called the pandemic "the greatest challenge that [the company] has faced in its existence," and said workers will need to "brace for even greater sacrifices going forward" because it's unclear when the pandemic will let up.