Ask The Experts: The Flaw In Calling Communities 'Food Deserts' 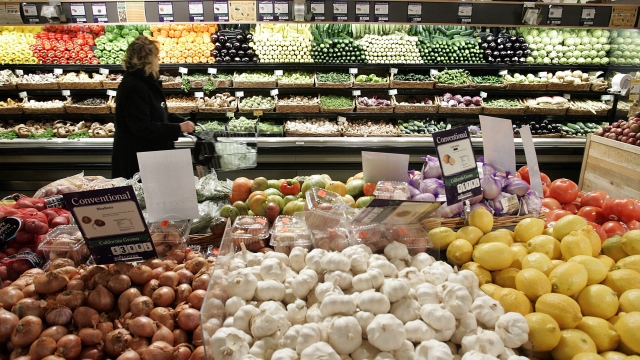 It's not just the stigma of calling a community a "desert." It's taking an incredibly complex problem and boiling it down to income and space.

Following decades of redlining, income inequality and white flight to the suburbs, sociologists found themselves in the 1990s trying to solve in a uniquely complex problem — bringing food security back to impoverished neighborhoods. Rural communities also struggled to ensure residents had access to the right kinds of food, but often for entirely different reasons like struggling to keep or attract a younger workforce.

So it's easy to see why a new term coined in the United Kingdom — food deserts — got so many people excited. Relying on two primary factors — income and proximity to a grocery store — food deserts were quantifiable ways to identify at-risk communities.

By 2008, the term was added to Congress's farm bill. First Lady Michelle Obama made fighting food deserts a major part of her healthy initiatives campaign. The USDA now defines (and maps) food deserts generally as low-income and low-supermarket-access communities — at least one mile from a grocery store in urban areas and more than 10 miles in rural areas.

"It's a term that people tried to generalize," says Professor Mary Hendrickson of the University of Missouri. "Even though we're talking about space for all these really cool reasons, it doesn't contextualize that space. It doesn't account for the differences in that space."

In this Ask The Experts, Hendrickson points out the term "food deserts" has angered activists who quickly figured out a grocery store doesn't solve all of a community's food problems.

"You open a grocery store … maybe people don't feel comfortable in it, so they don't go," says Hendrickson. "Or it doesn't have their foods that they're used to and like, so they don't go. Or they still can't afford it. Or they don't have a place to cook anything, so it's better for them to buy processed food. I mean, there's just a whole plethora of things that interact. ... And what we're really talking about is poverty."

Other issues with the term include stigmatizing the community and discouraging business owners from investing in the area.

Hendrickson says food deserts are symptoms of larger, complicated root problems that will take widespread collaborations to solve. Not a label.