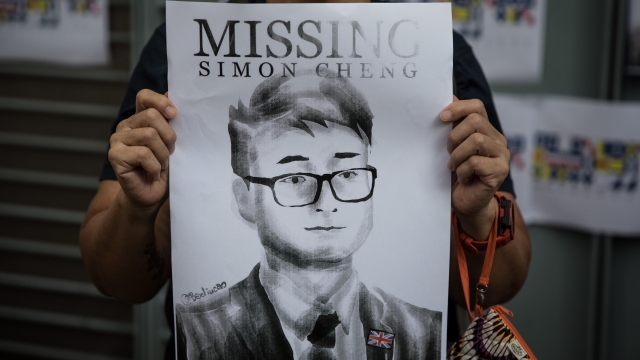 A former British Consulate worker who says Chinese police detained and tortured him has lodged a complaint that Chinese state media aired his forced confession in the U.K.

Simon Cheng was detained in China for 15 days back in August on charges of soliciting prostitutes. But Cheng said earlier this month he is innocent and that during those 15 days he was physically and mentally tortured for information about the U.K's role in Hong Kong's anti-government protests. China has denied his accusation, and state media aired this video.

In the video, Cheng said: "I am deeply guilty of this matter, remorse. I am determined to change, will not do it again."

Cheng is in hiding now, but a human rights group helped him file the complaint with Britain's Office of Communications on Wednesday. CGTN, the Chinese-run station where the confession aired, is licensed by the U.K. broadcast regulator. Cheng says airing the confession violates the British Broadcasting Code as well as the European Convention on Human Rights.

In 2012, the communications office revoked the license of Iran's Press TV after it aired a forced confession. CGTN could face a similar fate. The U.K. has been investigating it for about a year for airing other questionable confessions.