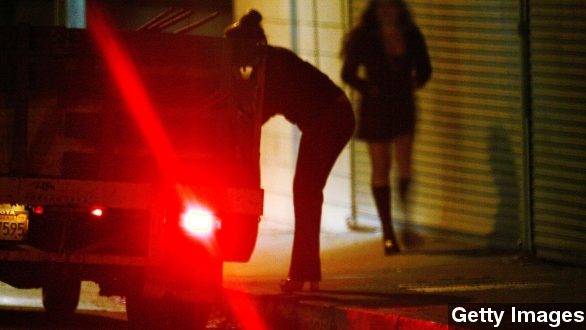 The arrest of high-end call girl Alix Tichelman over the death of a Google executive has turned the nation's eye on Silicon Valley — an area known as for its booming tech industry and, more recently, for its sex industry.

Police say Tichelman lethally injected Forrest Tim Hayes with heroin and then left without making any effort to save his life. (Via Santa Cruz Police Department)

An always-growing boom in wealth among tech companies brimming with male employees has made Silicon Valley ripe ground for prostitution. (Via Getty Images)

A self-proclaimed sex worker told CNN, "They're working really long, intense hours which is giving them this disposable income. ... Just in the past six months business has been really good."

And another told USA Today, "I continue to see an increase in the amount of technology clients I see here in the Bay Area."

And it should come at no surprise that Silicon Valley sex workers primarily find their clients and communicate with other industry professionals online.

The region's sex industry took a big hit last month when the FBI shut down MyRedBook.com, a popular escort site in Silicon Valley. (Via KGO-TV)

Now, the site features only this notice saying the domain name has been seized by the FBI.

But even with MyRedBook.com down, Business Insider reports local police believe the sex industry will likely just move on to using other sites to generate business.

Authorities in the area believe there are about 10,000 sex workers in the Silicon Valley area.