The Significance Of A $1 Award In Court 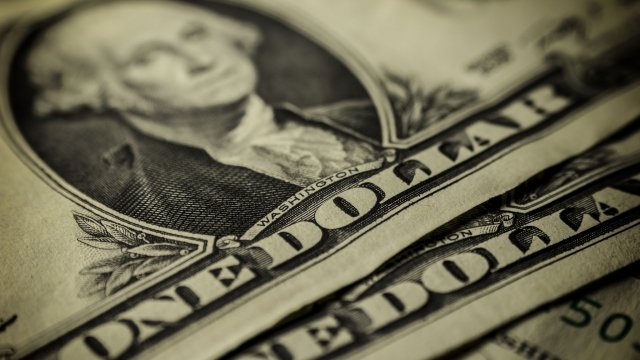 After two black men were arrested at a Starbucks in Philadelphia, they were awarded $1 by the city.

A single dollar probably won't get you far, but when that amount is awarded in court, it often has significance.

We recently saw this in Philadelphia, as the two men who were arrested at a Starbucks there settled with the city for $1 each. While the city will also put $200,000 toward a fund for aspiring entrepreneurs, the amount they settled for is symbolic — validating a situation that evoked conversations about racial profiling and suggested the two men weren't looking for personal profits.

The California Supreme Court ruled companies that want to hire workers as independent contractors must prove they are running their own businesses.

Another case where $1 was a big deal involved Taylor Swift — and that total was the outcome the singer wanted. Swift sued a former radio DJ for sexual assault. The case, which was decided in 2017, favored Swift and awarded her the small sum.

The Denver Post reported that after the jury's decision, Swift's lawyer said: "That single dollar is of immeasurable value in the scheme of things. It says no means no for all women."

Plenty of other court cases ended in a sum of $1. But occasionally, the tiny amount is considered a nominal damage — which validates one party's accusations but confirms there wasn't any actual harm.

A well-regarded example of a nominal damage is from the late 1980s, when the United States Football League sued the National Football League for monopolizing the pro football market. The USFL argued it couldn't get major TV contracts and sought damages of more than $1.7 billion — but the jury verdict awarded the USFL only $1. But it did confirm the unlawful-conduct accusations against the NFL.

The idea of awarding a small sum in a legal case has been a mainstay for courts around the world for centuries — and it can really convey a message.