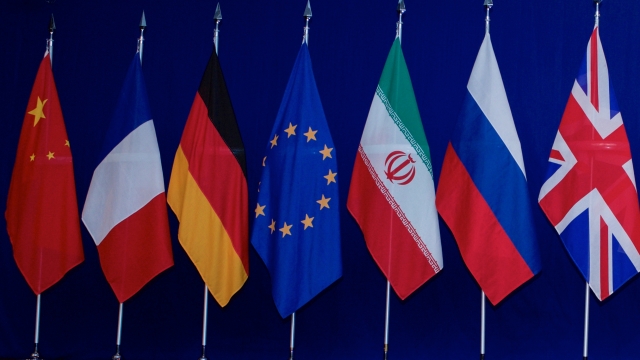 SMS
Signatories React To Iran's Breach Of Nuclear Deal
By LeeAnne Lowry
By LeeAnne Lowry
July 7, 2019
European signatories said they're coordinating with the other countries involved in the deal to discuss "the next steps."
SHOW TRANSCRIPT

Following Iran's announcement on Sunday that it breached the 2015 nuclear deal's uranium enrichment limit, countries involved are planning their next steps.

The deal's signatories include Iran, Russia, China, France, Britain, Germany and the EU. Any of those countries can, under the agreement, launch a dispute resolution process that could reimpose U.N. sanctions on Iran.

Russia and China are Iran's allies and unlikely to trigger a dispute. France has already said it won't launch a dispute until all the countries have a chance to talk.