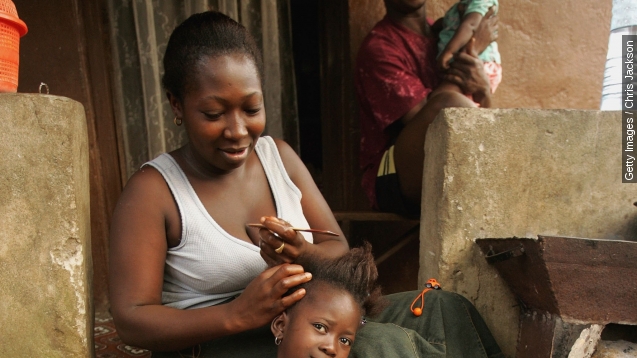 Pregnant girls in Sierra Leone have been barred from going to secondary schools since they reopened after the country's disastrous Ebola outbreak. (Video via UNICEF)

That's been a problem.

A new report from Amnesty International found that, under the ban, pregnant girls risk losing their futures by being prevented from taking exams scheduled for late November.

To determine if a girl is pregnant, she has to undergo a physical examination that the report says puts her "physical integrity at risk" (Video via UNICEF)

While the government has implemented an alternative schooling system for pregnant girls — the Amnesty International report said it should be optional and contain the same courses as the mainstream system. (Video via UNICEF)

Amnesty International has called on the government of Sierra Leone to implement a sex education class. The organization also recommended the government take action to protect girls from violence as well.