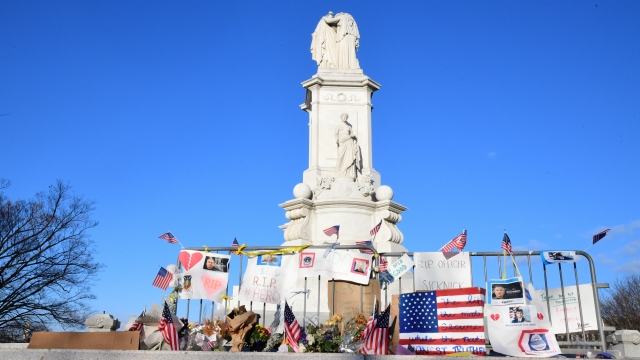 Brian Sicknick was born in New Jersey in 1978.

One of three brothers, his family describes him as sweet, truly a lovely, humble soul, and a hard worker with a passion to be a police officer.

But his passion to serve his country started years before he became a Capitol Police officer in 2008.

During his six years of service, he deployed to Saudi Arabia and Kyrgyzstan.

After being honorably discharged in 2003, the veteran continued serving his country as a member of the First Responders Unit within the Capitol Police.

The Sicknick family says losing Brian has left a large hole in their hearts, adding their appreciation to the millions of people who have offered their support and sympathies during this difficult time. "Knowing our personal tragedy and loss is shared by our nation brings hope for healing," they said.

He is now resting among other heroes in Arlington National Cemetery.