Shut Up! 'Princess Diaries 3' Is Reportedly A Go 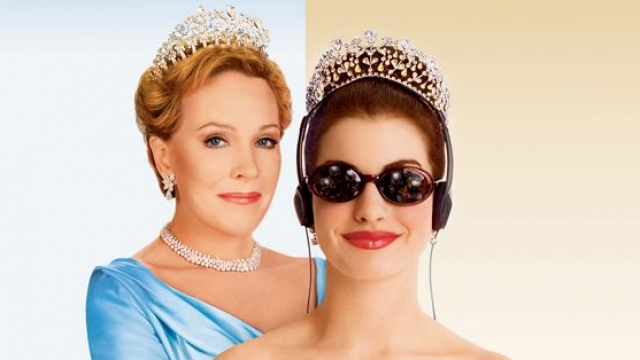 Good news, '90s kids — miracles happen! It looks like Genovia will continue to exist through the 21st century.

"Princess Diaries" director Garry Marshall told People that he was with the film's star, Anne Hathaway, several weeks ago discussing the project, which will potentially take place in Manhattan.

The only holdup is that Hathaway is pregnant, so production wouldn't begin until she gives birth and returns from maternity leave.

When the first "Princess Diaries" was released in 2001, Mia Thermopolis was an immediate hit with fans. The film grossed $165 million worldwide.

Hopefully Julie Andrews, who plays Hathaway's queen grandma, will return, as well as her love interest and head of security, played by Hector Elizondo.

And perhaps Chris Pine will reprise his role from the sequel. Though he might be busy filming "Wonder Woman" and this other little franchise ...

But if there's one thing we do know — Oscar-winning Hathaway still has the acting chops to play a queen. After all, she just wrapped production on "Alice Through the Looking Glass," where she plays the White Queen.