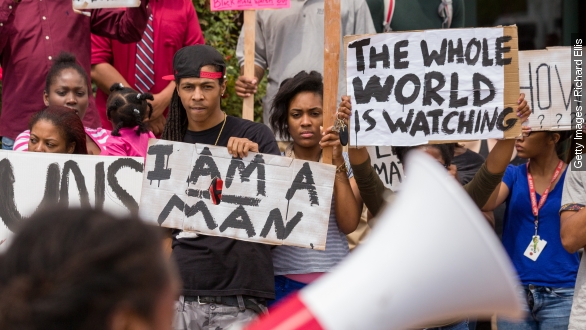 Representatives of the man who filmed a South Carolina police officer shooting and killing Walter Scott are now charging news outlets a negotiable fee of about $10,000 to use the video.

Feidin Santana, the man who filmed the video, told NBC "I just started recording, and that’s when everything happened."

The New York Times reports the fee announcement seemed to be a surprise to Santana.

An Australian publicity and celebrity management company has reportedly begun sending cease and desist letters to news outlets around the world.

The chief executive of the publicity company told The New York Times, "I think that the people who might be put off by this are the media outlets that had it for free. Now they will have to pay."

Sandy Davidson, a professor of communications law at the University of Missouri School of Journalism and School of Law, explained the laws surrounding use of a video like the one showing Scott's death.