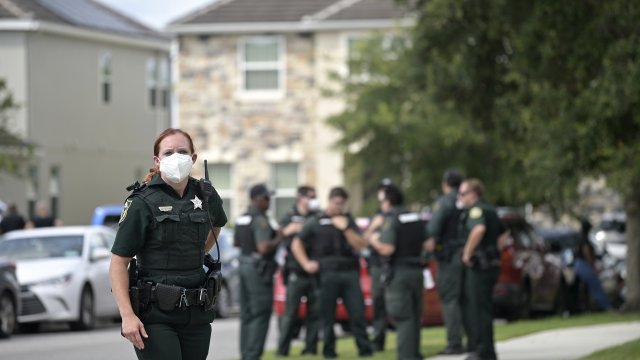 The death of George Floyd and the ongoing protests have spotlighted the need for police reform. Change could start with police union contracts — because critics say some union protections create barriers to holding officers accountable.

Jonathan Smith, executive director of the Washington Lawyers' Committee for Civil Rights and Urban Affairs: "There's no other person ... you think of would be accused of crime that you would wait 24 hours or 48 hours or 72 hours before you could have a chance to even speak. They'd have a chance to review the body cam video before they're even interviewed about what happened in the event."

Smith has overseen 22 police department investigations when he was a U.S. Justice Department attorney, including the civil investigation of the Ferguson, Missouri, Police Department after the death of Michael Brown. He says union contracts nationwide keep allegations of police misconduct hidden from the public. In some cases, past records are disregarded when officers seek promotions. 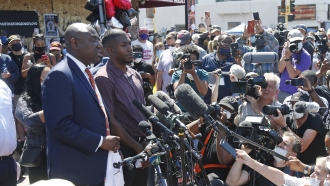 Smith: "The officer in the Mr. Floyd case had a pattern of allegations in his conduct that had been made against him."

The officer seen pressing his knee into Floyd’s neck, Derek Chauvin, had more than 15 complaints against him, and most were dismissed without punishment, according to the Minneapolis Star Tribune.

A University of Chicago study found that after Florida allowed police to unionize, there was an uptick in violent misconduct complaints against officers from 0.5 incidents per year to 0.7. But without national transparency, it's hard to know which officers have records. And to add to that, sometimes disciplinary actions take years.

Smith: "In Portland, Oregon, the contract there was so complicated and so byzantine ... that from the time that an allegation of misconduct took place to the time that the department could actually impose discipline took more than two years." 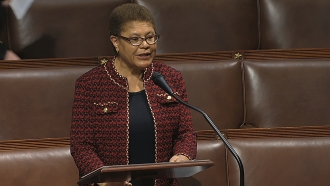 Now, let's be clear: Police unions say they protect due process for members. They also help bargain for better pay and better working conditions. A union officer makes 40% more than a non-member. But in the fight for their members, are unions overprotecting their officers at the cost of civilian lives?

Newsy reached out to the National Association of Police Organizations, which represent various police unions, and they gave no comment. Smith says our system of policing has been built over decades and reform is going to take time.

Smith: "There is an expectation that this problem is going to get solved more quickly than it can be. When I've seen police departments actually struggle with reform, it doesn't take a year or two, it takes five or 10 or more years to actually bring about the kind of fundamental change that we need."