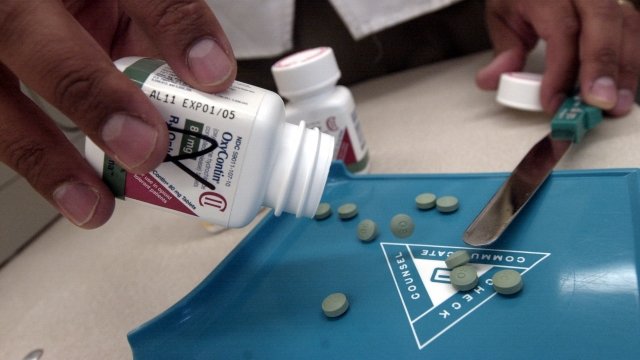 The similarities between the tobacco industry and opioid manufacturers are striking — multibillion dollar industries that pushed the boundaries of regulation and pursued profit in a way that did significant damage to public health.

It took decades for the government to pursue and ultimately recover damages from Big Tobacco. Are we about to see the same tactics applied to drugmakers? Did the strategy in fighting tobacco actually work?

Newsy's Ashley Holt and Cody LaGrow looked into the challenges of dealing with a massive epidemic and trying to find someone to blame.

"The Day Ahead" airs weekday mornings from 7-9 a.m. on the Newsy channel. Click here to check local listings.