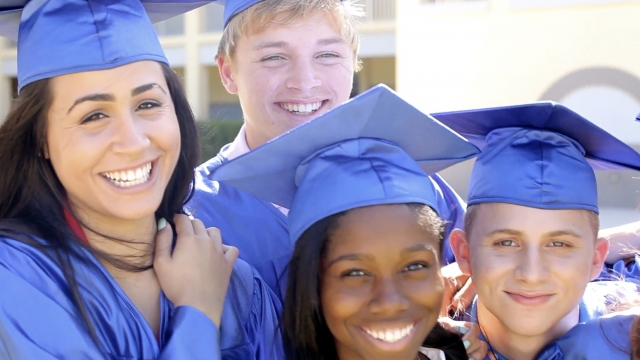 SMS
Coronavirus Pushes Some 2020 High School Seniors To Consider Gap Year
By Amy Morona
By Amy Morona
May 12, 2020
As the upcoming fall semester remains in flux for many colleges, some high school seniors are rethinking their choices to enroll.
SHOW TRANSCRIPT

The coronavirus pandemic has forced colleges and universities to move their learning from on-campus to online. And as the fall semester remains in flux, some high school seniors are rethinking their choices.

One in six 2020 high school graduates say they’re considering not enrolling in a four-year institution full-time this fall, according to an April report.

“For many students, the dream is to go have that first year on campus and have student life and Greek life and all the sports and all the socialization, plus all these amazing classroom and learning experiences," said Jason Sarouhan, gap year counselor and co-founder of J2 Guides. "And so many students are saying, 'If the bill is $30,000, $40,000 or $50,000 or $60,000 a year, remote learning is not going to cut it for me this fall.'"

Advocates for gap years say delaying college for a semester or two can give young people the chance to gain valuable personal and professional experiences.

Gap years typically involve volunteering, traveling, working or completing an internship and have historically been a popular option internationally, but less so in the U.S.

But J2 Guides co-founder Sarouhan said his gap year consulting company is seeing an uptick of interest in the U.S. this year compared to the same time in 2019.

“The notable difference with that interest are students who had truly never even considered this idea," he said. "In a typical non-COVID year, right now we would be hearing from students who had been thinking about the idea of a gap year, but they were waiting to make their college decision.”

But a typical gap year could look different in a post-COVID-19 world due to travel restrictions and stay-at-home orders currently in place.

Researchers at Drexel University said the idea of delaying college right now would be  “disastrous” for many seniors.

It’s a thought echoed by others in higher education as colleges and universities face financial uncertainty due to enrollment concerns.

And experiences outside the home come with a price tag.

Prices vary depending on location and associated fees, but an intentional gap year can cost as much as a year of college, according to the Gap Year Association.

“For a lot of our students, that's actually not even an option,” said Tela Thigpen, director of college success at Freedom Preparatory Academy in Memphis.

She said many of her students can’t afford to take a gap year, both financially and due to a potential loss of momentum to continue with post-grad plans.

"If they do not do anything directly after high school, what are they doing after that?" she said. "And so I have some students in the past who’ve said, ‘Yeah, you know, I’ll take a year off work, and then after that year, I'm going to go back to school.’ The majority of them never go back to school.”

And for those weighing enrolling in a four-year institution or taking a gap year, there’s still time to decide. Many colleges and universities have pushed their fall 2020 enrollment deadlines to June 1 or later.