Shoppers Buy More Food In The New Year Than During Holidays 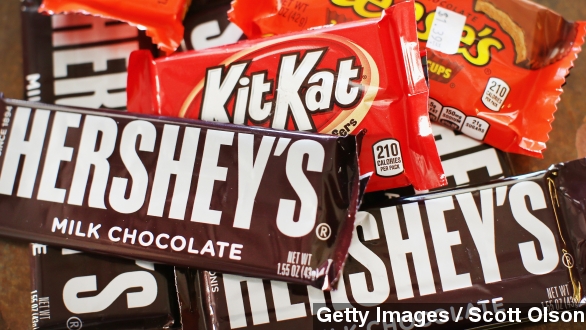 SMS
Shoppers Buy More Food In The New Year Than During Holidays
By Madison Burke
By Madison Burke
January 7, 2015
Every new year, Americans start buying more healthy foods ... before they're ready to give up junk.
SHOW TRANSCRIPT

The new year is here, and that means we're ditching all of this for some healthier options. Right?

Well, maybe not. University of Vermont and Cornell University researchers say Americans buy the most food, especially junk food, in the first two months of the year — 9 percent more than during the supposedly indulgent holiday season.

Researchers explain we do buy more healthy food in the new year to fulfill our resolutions, but we also keep buying the same amount of unhealthy food as we were during the holidays — adding up to a whole lot of calories.

Researcher Drew Hanks said, "Despite New Year's resolutions to eat healthier, people tend to hang on to those unhealthy holiday favorites and keep buying them in the New Year."

To find all this out, researchers looked at the grocery store habits of more than 200 households in New York state.

As Medical Daily put it, the results showed "the picture of a shopper torn between two worlds: a self from last year currently being shed, and a new one, who, at least for now, embraces a healthy lifestyle."

Researchers recommended consumers stick to grocery lists with only healthy options to fulfill their resolutions and avoid any impulse junk food buys.