Shoppers May Be Less Likely To Spend Big This Holiday Season 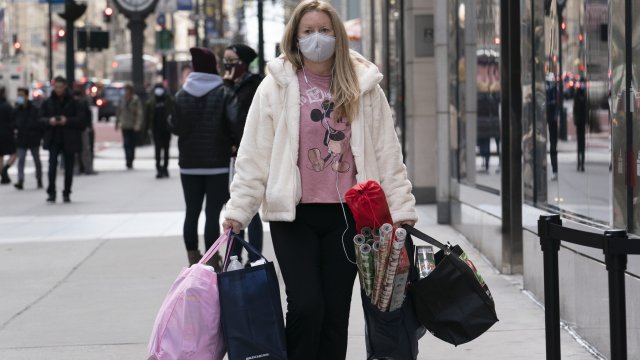 Virginia Reynolds says it's tough trying to get into the holiday spirit right now.

"Because of the availability of things, the gas prices going up — it makes it hard," Reynolds said. "You have to watch what you're buying. You don't want to end up in the hole."

She says she's less likely to go out and make big purchases this year, and that's exactly what the University of Florida's Bureau of Economic and Business Research found in its latest monthly survey.

People who took the survey were also asked if they're comfortable going out and making a big purchase. That number also went down.

Hector Sandoval, with UF's Research Bureau, says though this is evidence consumers are worried, there is some good news. He thinks the economy is recovering in some aspects and that this holiday shopping season will be better than last year's when we were deeper in the pandemic.

Reynolds agrees, but she says it's still not easy enough right now to make big buys for many of the people on her shopping list.

But Sandoval believes the consumer confidence could improve in future months if the inflation lessens and all the supply chain issues are resolved.