Shooting Suspect In Custody After Hourslong Standoff In Florida 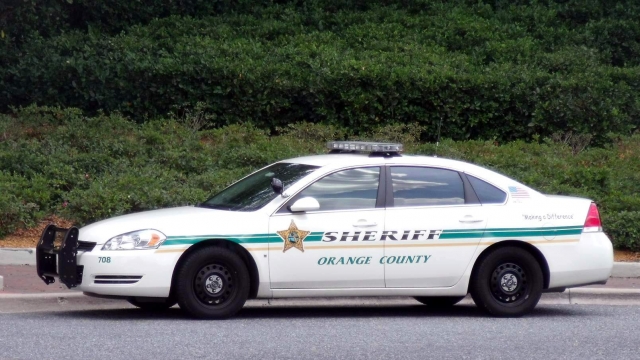 SMS
Shooting Suspect In Custody After Hourslong Standoff In Florida
By Evan Thomas
By Evan Thomas
May 28, 2016
A suspect in Orange County, Florida, is in custody after a standoff with authorities. Deputies say the man shot two people, killing one of them.
SHOW TRANSCRIPT

A standoff in Orange County, Florida, ended early Saturday morning with a suspect in custody.

Deputies say Manuel Feliciano shot and killed a 45-year-old woman in her driveway on Friday, then shot a second victim at his home several miles away. That man is now in the hospital in critical condition.

Deputies then surrounded a house where Feliciano barricaded himself for several hours on Friday night, which prompted the evacuation of dozens of homes around the scene.

"As deputies converged on the suspect's home on Annandale, they were greeted by gunshots as the suspect barricaded himself in the home. Deputies returned fire," an anchor for WFTV reported.

The Orlando Sentinel reports the standoff ended around midnight when a SWAT team entered the home.

"Deputies say they're still investigating and say the man may have ingested some sort of narcotics before SWAT members raided his home," an anchor for the Orlando Sentinel reported.

No law enforcement officials were injured in the confrontation. Deputies say Feliciano was taken to the hospital for observation and would be booked into jail upon his release.

This video includes clips from WOFL.