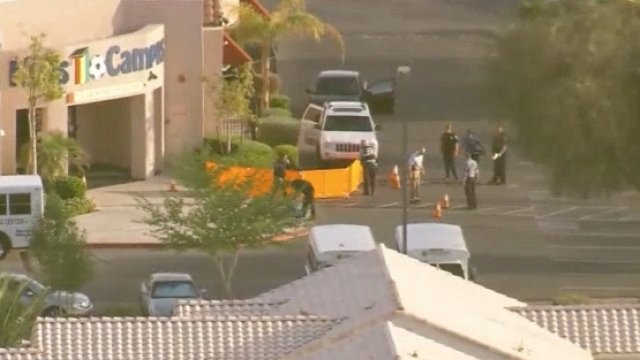 Police say a man and woman were killed in a shooting outside of a Las Vegas day care Thursday and their two young children were injured.

Authorities say a 3-year-old girl and 4-year-old boy sustained gunshot wounds. Newsy's partners at KTNV report they were taken to a hospital in stable condition and are expected to survive.

"We just need to all keep them in mind right now and really focus on thinking about, they have been injured, and this is going to be traumatic experience for them," said North Las Vegas Police Department Officer Ann Cavaricci.

It's still unclear what exactly led to the shooting, but police are calling it a domestic dispute and investigating it as a possible murder-suicide. One gun was found at the scene, and police aren't looking for any other suspects.

No other children were inside the day care at the time of the shooting, but a few employees inside the building cared for the injured children while they waited for emergency responders to arrive.