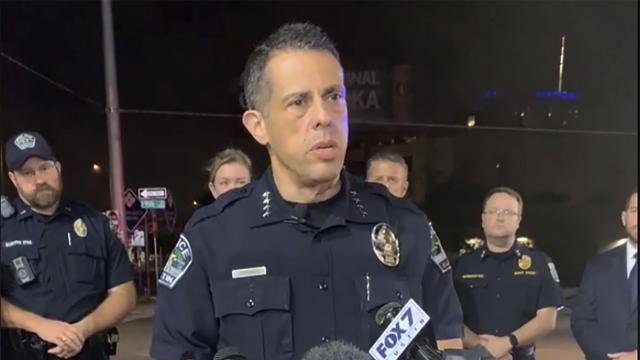 Just before 1:30 a.m., an unknown assailant opened fire in a popular entertainment district closed to vehicle traffic -- but packed with pedestrians.

The police chief said some officers drove the injured to the hospital in their squad cars -- because ambulances couldn't get past the crowd to the wounded.

Elsewhere Saturday morning, ten people were shot in the south side of Chicago, and a 29-year-old woman died. And Friday in Savannah, Georgia, one person was killed and eight others injured, including a 2-year-old, in another shooting.

The weekend of gun violence falls five years after the 2016 attack that killed 49 people at the Pulse nightclub in Orlando, which at the time was the deadliest mass shooting in U.S. history.

On the anniversary this weekend, President Joe Biden called for the Senate to pass gun legislation to address the "public health epidemic of gun violence." But such legislation is expected to face determined Republican opposition in Congress.