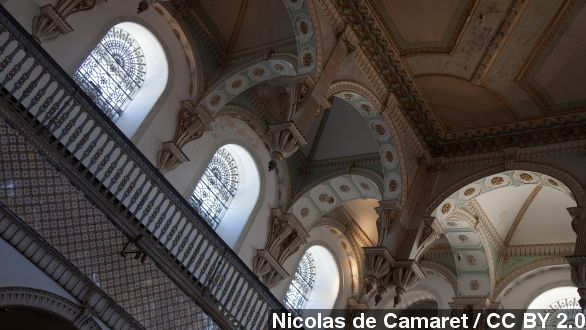 At least 22 people were killed after a shooting near Tunisia's parliament building Wednesday afternoon.

A Tunisian journalist told French news station BFMTV shooters dressed as soldiers entered the Bardo museum in the country's capital and targeted tourists. Of the 22 killed, it is now believed 20 were foreign tourists.

And Tunisia's prime minister said two gunmen were also killed. He said there's a possibility those two were supported by two or three others. Some news reports say at least one gunman has been captured, but that hasn't been confirmed.

For a time, the gunmen held hostages at the art museum, which is located next to the country's parliament building. But security forces launched a rescue operation.

It isn't clear how many people died in the initial attack versus the time the gunmen had hostages or the rescue operation.

So far, no one has claimed responsibility for the attack, though a Sunday Times correspondent tells France 24 it was likely local militants.

"It's most likely to be groups based in Tunisia who in the last three years have killed scores of members of the army and the national guard," Eileen Byrne says.

The Guardian reports the attacks came one day after Tunisia announced a major seizure of weapons from jihadist groups within the country.

This video includes an image from Richard Mortel / CC BY NC SA 2.0.