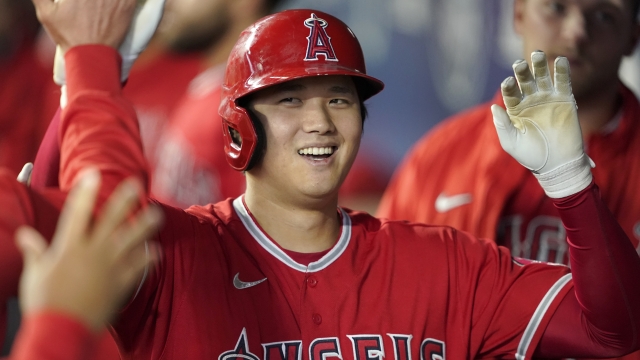 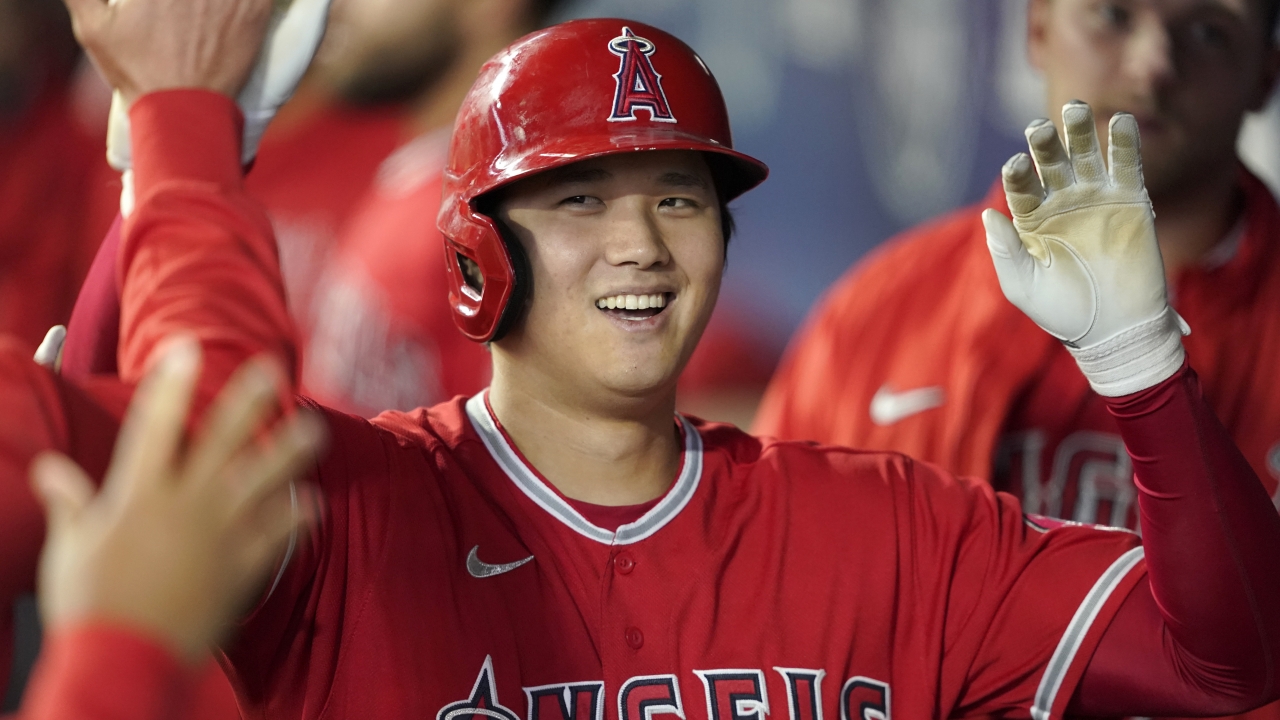 Most of the time in professional sports, it's easy to think it's all been done before.

With so many fine-tuned athletes constantly pushing each other to the peak of human potential, we can experience unprecedented demonstrations of sporting brilliance every week of our lives. But it's truly rare to witness anything that isn't fundamentally just a better, more prolific version of something we've already seen.

That's why Shohei Ohtani's astonishing redefinition of modern baseball captured the world's attention so vividly in 2021 — and that's why the Los Angeles Angels' two-way superstar is the winner of The Associated Press' Male Athlete of the Year award.

The unanimous American League MVP put together a season with no analogue in the past century of his sport. Almost no one had been an everyday two-way player for many decades — and nobody has been both one of baseball's top power hitters and one of its best starting pitchers since Babe Ruth starred at the plate and on the mound for the Boston Red Sox in 1919.

Ohtani hit 46 homers and drove in 100 runs with a .965 OPS while playing in 126 games as the AL's best designated hitter, as evidenced by his Silver Slugger award. He finished third in the majors in homers after leading the sport for much of the season.

Ohtani also started 23 games on the mound, going 9-2 with a 3.18 ERA and 156 strikeouts over 130 1/3 innings as the Angels' ace and one of the AL's top right-handers. He has a 100-mph fastball, but his splitter might be the best pitch in baseball, with movement that resembles a ball rolling off the edge of a table.

The 6-foot-4 specimen also was among the fastest base runners in the majors while stealing 26 bases and scoring 103 runs. He even led the league with eight triples — and he also played a little outfield when asked.

Any one of these achievements would be impressive for a 27-year-old hitting his prime in his fourth season since moving from Japan to the major leagues.

Doing it all at the same time is something that almost nobody who's currently alive had ever seen.

Ohtani kept baseball's historians and statheads metaphorically buried up to their eyes in dusty record books all summer as they dug into the early 20th century annals to identify the last players to accomplish the statistical superlatives Ohtani was currently blazing past.

"At times, I felt like I was back in Little League," Trout added. "To watch a player throw eight innings, hit a home run, steal a base and then go play right field was incredible."

Fans across the world agreed: Despite his soft-spoken personality and single-minded focus on his sport, Ohtani has become an icon wherever baseball is played and a known figure even beyond the game's traditional borders.

"I've never seen fans get to ballparks so early and stay to the end," Red Sox manager Alex Cora said in July. "That's what he's bringing to the equation. I love it. Seems like every pitch when he's at the plate, you can hear the oohs and aahs. I think it's great for baseball."

Ohtani's success not only commanded fans' attention on both sides of the Pacific, but also reignited a debate long considered finished about the merits of sports specialization in a country where young athletes are often encouraged to stop competing in multiple disciplines even before they reach their teens. Nobody currently has Ohtani's overall talents, but big-league teams are increasingly open to the possibility of two-way contributors across their organizations.

Ohtani lives a quiet life in both Anaheim and Japan, but he is unfailingly gracious when lauded for his unique achievements. Sometimes he seems just as surprised by his multifaceted success as the rest of the world, while at other times he expresses the quiet confidence necessary to do such a thing in the first place.

"I'm a student of the game, so I do feel like I need to grow every year, and I think I've been able to do that," Ohtani said through his interpreter and constant companion, Ippei Mizuhara.

Ohtani's achievements are even more impressive because they've happened with the Angels, arguably the majors' most disappointing franchise of the last half-decade despite their hefty payroll and elite talent in sunny Southern California.

With Trout missing nearly the entire season due to injury, Los Angeles won only 77 games despite Ohtani's Herculean efforts, missing the playoffs for the seventh straight year and posting their sixth straight losing record. Ohtani accomplished his feats at the plate with an often terrible lineup protecting him in the batting order.

Better times seem possible for the revamped Angels in 2022, and Ohtani says his biggest goal is winning in his next two years with the club. No matter what his future holds, Ohtani will always be remembered for a 2021 season that blew the sports world's collective mind.

"Just a fabulous, fabulous year," Maddon said. "There's only one person that can duplicate it. That would be him.”