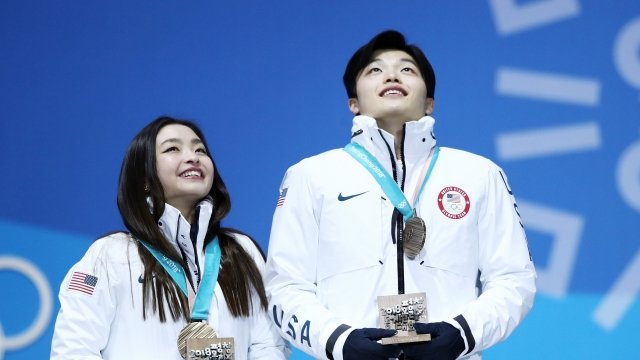 The Shibutani siblings earned Team USA another bronze medal in the 2018 Winter Olympics.

Alex and Maia Shibutani got a score of 114.86 for their free dance in the ice dancing competition, which bumped them up to third place.

Canada's Tessa Virtue and Scott Moir won gold, and Gabriella Papadakis and Guillaume Cizeron from France won silver, even after a wardrobe malfunction during the short dance.

Maia Shibutani told NBC News in 2016 that she loved skating right away, but it took a little longer for her brother to get on board.

The two competed in their first Olympics in 2014 in Sochi, placing ninth. Earlier in the 2018 games, they helped Team USA win bronze in the team figure skating event.