Shia LaBeouf Takes Your Calls At His Latest Art Installation 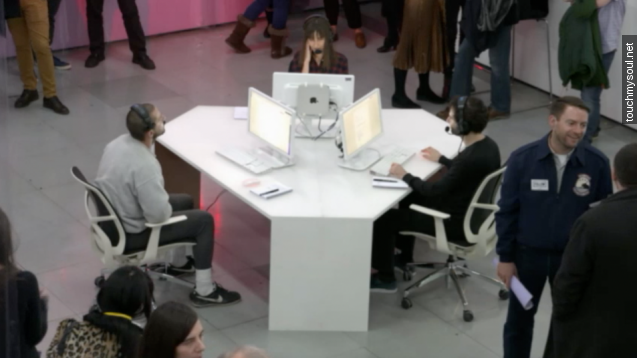 Shia LaBeouf and fellow collaborators are inviting you to pick up the phone and give them a ring in their new art installation called #TouchMySoul.

Shia LaBeouf wants you to touch his soul — sort of. In his latest art installation, titled #TouchMySoul, LaBeouf and fellow collaborators Nastja Säde Rönkkö and Luke Turner field phone calls from Liverpool, England. The site for the exhibit invites people to "pick up your telephone and touch their soul on +44 (0)151 808 0771* between the hours of 11am – 6pm GMT."

Or you could just be an observer and watch the live broadcast here.

Connor leads post-production at Newsy. Coming from a background in film production, he joined the team in 2014 to help Newsy build out field production operations. The job has since taken him across the country and around the world — shooting, editing, and producing stories. Now, Connor leads content production operations across Newsy’s growing footprint of newsrooms and bureaus. He listens to an improbable number of podcasts, wishes he could dunk a basketball, loves a good movie, and hates writing in the third person. @connorhickox