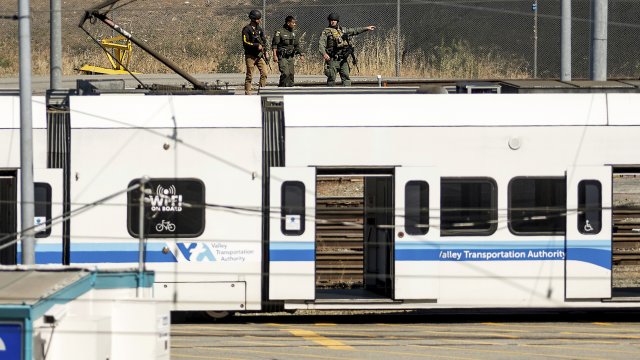 An update on the rail yard shooting in California: Santa Clara County Sheriff Laurie Smith said the gunman seemingly targeted some of the nine victims.

The 57-year-old man was unhappy with his job at Valley Transportation Authority according to various accounts, including his ex-wife who said he had talked about killing people at work more than a decade ago.

Sheriff Smith said the gunman also appeared to have set a timer or slow-burn device to set his home on fire. That fire was reported just minutes after the first 911 calls came in from the rail facility where yet another mass shooting in America unfolded.

"It appears to us at this point that he said to one of the people there, I'm not going to shoot you. And then he shot other people," Smith said. "So I imagine there was some kind of thought on who he wanted to shoot. That's very difficult ... I'm not sure we'll ever actually find the real motive, but we'll piece it together as much as we can from witnesses."