Sheriff: Alabama Inmate, Jailer Were Prepared For A Shootout 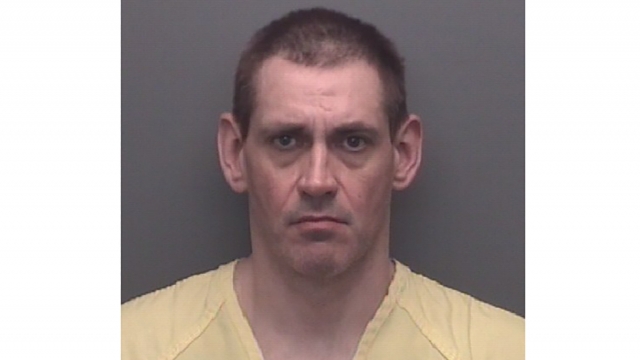 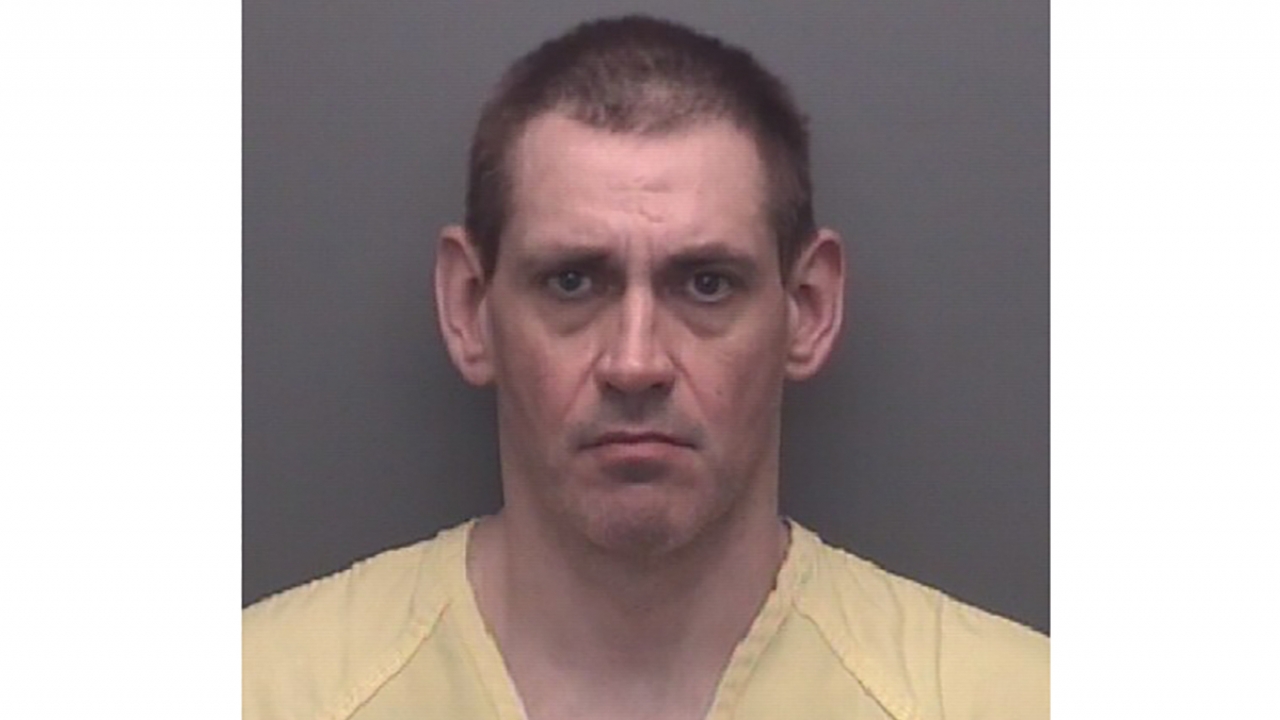 The murder suspect and his jailer who evaded authorities for more than a week after walking out of an Alabama lockup were carrying $29,000 in cash, four handguns and an AR-15 rifle and were prepared for a shootout when they were captured, an Indiana sheriff said Tuesday.

The escaped convict Casey White showed no remorse over the death of jail official Vicky White, who was found mortally wounded with a gun in her hand, Vanderburgh County Sheriff Dave Wedding said. Authorities don't believe Casey White shot Vicky White, but a coroner will make the final determination, he said.

Casey White surrendered without a fight, saying he didn't kill the woman he called his wife.

The end of the manhunt did little to answer lingering questions surrounding the jailbreak: Why would a respected jail official on the eve of her retirement give up everything to help a dangerous felon escape? What did they do while they evaded authorities for roughly 11 days? And when they were finally surrounded, did she really pull the trigger to end her own life?

An attorney representing Casey White in his capital murder case, Jamy Poss, declined comment Tuesday on the arrest, saying he was still trying to find out what had happened in Indiana.

Casey White appeared in court by video and "will be immediately extradited. Most likely he will be moved as quickly as possible," Jess Powers, director of the Vanderburgh County Cyber Crime Task Force, told The Associated Press.

Vicky White was pronounced dead at a hospital on Monday after the Cadillac she was driving was pushed by U.S. Marshals task force members into a ditch where it ended up on its side, the sheriff in Evansville, Indiana said. They were nearly 300 miles from the Alabama jail where he had been awaiting trial.

NBC's "Today" show reported Tuesday that federal marshals said Casey White told officers at the scene, "Please help my wife. She just shot herself in the head and I didn't do it." The two Whites were not related, let alone married, officials said.

Before Vanderburgh County Coroner Steve Lockyear announced her death, the sheriff in Alabama had said he hoped to get answers from his once trusted jail employee.

"I had every bit of trust in Vicky White. She has been an exemplary employee. What in the world provoked her, prompted her to pull a stunt like this? I don't know. I don't know if we'll ever know," Lauderdale County Sheriff Rick Singleton said. 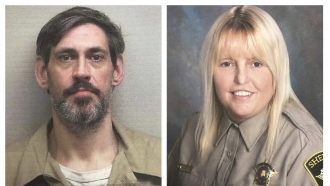 Authorities closed in after receiving a tip on Sunday that a man closely resembling Casey White had been recorded by a surveillance camera at a car wash getting out of a 2006 Ford F-150 pickup truck, the Marshals Service said. White stands 6 feet, 9 inches tall and weighs about 260 pounds

After locating the F-150, authorities got information that the two may have then gotten into a beige 2006 Cadillac, U.S. Marshal Marty Keely told "Good Morning America."

"We dispatched our people into the area of the car wash and observed the vehicle at a hotel," Keely said.

"The pursuit was very short. It went up a major artery here in Vanderburgh County and they cut across a parking lot at a large factory. They were in a grassy area so three of our task force members actually rammed the vehicle, pushed it into a ditch so it ended up on its side. As they approached the vehicle it was obvious that the female driver was unconscious and still had a weapon in her hand. And they removed the murderer from the vehicle simultaneously," Wedding said.

Wedding said it has not been officially determined that Vicky White did in fact take her own life.

"The coroner's office will do an investigation and they will determine if it was a self-inflicted gunshot wound. The initial indication is that it was, but we won't rule anything out until we have a thorough investigation by the coroner."

Casey White will be returned to Lauderdale County in Alabama where he'll be arraigned, Keely said.

The manhunt began April 29 after Vicky White, the assistant director of corrections for the jail in Lauderdale County, told co-workers she was taking Casey White, who was awaiting trial in a capital murder case, from the jail for a mental health evaluation. There was no such appointment.

"We got a dangerous man off the street today. He is never going to see the light of day again. That is a good thing, for not just our community. That's a good thing for our country," Singleton said.

Casey White was serving a 75-year prison sentence for attempted murder and other charges at the time of his escape. He was awaiting trial in the stabbing of a 58-year-old woman during a burglary in 2015. If convicted, he could face the death penalty.

Federal and local law enforcement officials also learned Casey White threatened to kill his former girlfriend and his sister in 2015 and said "that he wanted police to kill him," the Marshals Service said.

A warrant was issued on May 2 for Vicky Sue White charging her with permitting or facilitating escape in the first degree.

Vicky White's family members and co-workers said they were stunned. Singleton said it appeared the plan had been in the works for some time. Jail inmates said the two had a special relationship and she gave Casey White better treatment than other inmates.

In the past several months, she bought a rifle and a shotgun and also was known to have a handgun, Keely said. She also sold her house — for about half of market value — and bought a 2007 orange Ford Edge that she stashed at a shopping center without license plates.

"This escape was obviously well-planned and calculated. A lot of preparation went into this. They had plenty of resources, had cash, had vehicles," Singleton said.

On what Vicky White said would be her last day at work, video showed the pair went from the jail to the shopping center, where they picked up the Ford and left, Singleton said. Their flight was not discovered for much of the day.