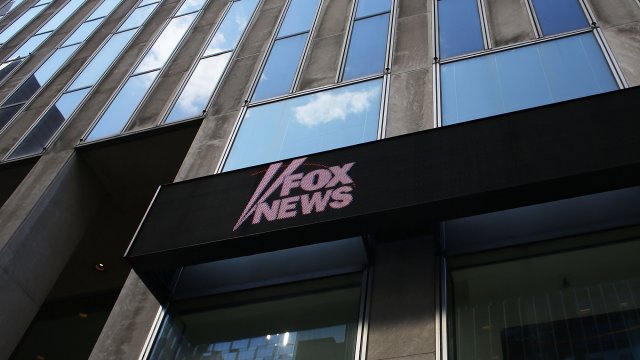 Longtime Fox News anchor Shepard Smith announced on Friday that he intends to leave the network, following a 23-year tenure.

Smith signed off the broadcast by saying, "Even in our currently polarized nation, it's my hope that the facts will win the day. That the truth will always matter. That journalism and journalists will thrive. I'm Shepard Smith, Fox News, New York."

Smith, who was one of the network's first hires in 1996, told viewers at the end of his Friday broadcast that it would be his last, explaining that he had recently asked the company to leave. He reportedly was still in the midst of a multi-year contract initially signed in March 2018.

The longtime chief news anchor had reportedly come under fire at the network for his scrutiny of President Donald Trump. A former staffer told The Washington Post Smith was unhappy with "repeated attacks on the news division" by Fox opinion hosts, calling a recent on-air argument with Tucker Carlson "the last straw."

President Trump has also frequently criticized Smith. He responded to the news Friday night with this:

"Wait, did I hear Shepard Smith is leaving? Is he leaving because of bad ratings? ... He had the worst ratings on Fox so there's a reason. Why is Shepard Smith leaving? ... Well, I wish him well," said President Trump.