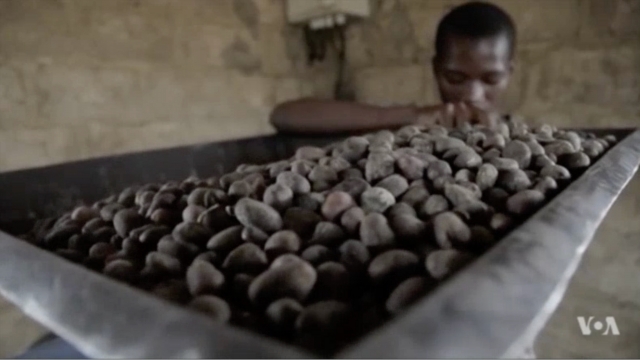 SMS
The Shea Butter In Your Lotion Is 'Gold' For Some African Women
By Melissa Prax
By Melissa Prax
August 10, 2016
Shea butter is globally popular, and for many women in Africa, it's a vital part of their income.
SHOW TRANSCRIPT

Shea butter — it's in lotions, scrubs and even some chocolate.

Its popularity is international, but it all comes from this fruit native to Africa.

SEE MORE: African Countries Are Building A Wall Of Trees To Halt Desertification

And for women in North Africa, collecting, refining and selling shea butter can provide millions with pay. That's why it's often called "women's gold."

"Sometimes, shea butter pays well, and we don't need anything else. But when the harvest isn't good, we have to get by with other products," said Alice Koné, Ivory Coast shea butter producer.

That's because shea is harvested in the wild. The plants are difficult to grow in plantations.

Many women throughout the Sahel region are just selling locally, but going international could bring in more money.

“As soon as we have a strong cooperative structure, we will have clients in China, Europe and the United States," Ali Keita said.