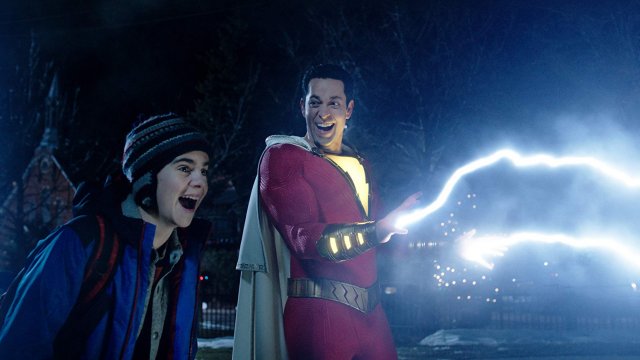 Taking the No. 1 spot this week, and beating box office expectations along the way, is "Shazam!" bringing in an estimated $53 million in its first week out.

Technically, that is the smallest box office debut the DC extended universe franchise has had but "Shazam!" is actually in much better shape financially than most of its predecessors.

While other DC films like "Justice League" and "Batman v. Superman" cost upwards of $250 million to produce, "Shazam!" had a $90 million budget.

Not to mention, reviews for "Shazam!" have been stellar so far. The light-hearted superhero flick currently sits at 91% on the tomatometer.

While Marvel is still king of the comic genre, DC Studios has quietly released three popular and critically acclaimed superhero flicks in the past two years.

We'll have to wait and see if Joaquin Phoenix's turn as the 'Clown Prince of Crime' manages to keep the streak alive.

Taking the No. 2 spot this week is "Pet Sematary" bringing in an estimated $25 million in its first weekend out. This adaptation of the 1983 novel, is the second-highest opening weekend for a Stephen King story on the silver screen.

Pet Semetary's debut is $100 million behind the 2017 breakout hit "It" which went on to gross more than $700 million worldwide.

But "Pet Sematary" isn't enjoying the same critical success that "It" had. While the rotten tomatoes score is still solid, moviegoers seem unimpressed. Most analysts expect ticket sales to take a major drop next weekend.

And finally at No. 3 this week is "Dumbo" bringing in an estimated $18 million in its second weekend out.

As for next week, Issa Rae continues her transition to the silver screen.