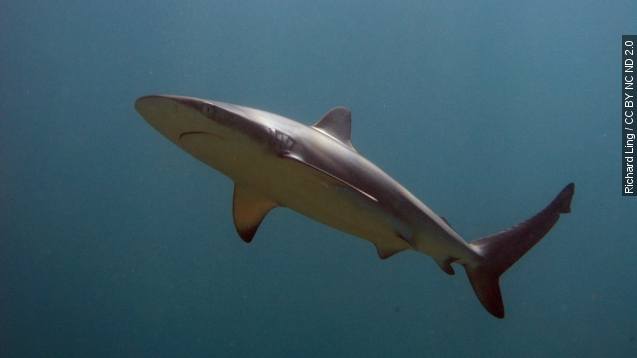 Another summer means another "Shark Week" and another round of questions about whether it's any good for the sharks. (Video via Discovery)

Now in its 28th year, Discovery's annual shark extravaganza has drawn criticism in the past for sensationalizing the predator and building on ungrounded fears. (Video via Oceana)

Ungrounded because sharks aren't really a huge threat to humans. Sharks only killed three people last year, the world over.

But the natural fear people have of them means whenever there are shark attacks, like the recent spate in North Carolina, they get a whole lot of attention. (Video via WILM)

"Well this is terrifying. An outbreak of shark attacks on the North Carolina coast and now a sixth shark attack in just two weeks," Greta Van Susteren said on Fox News.

And it's that same mechanism that draws people to "Shark Week," something Discovery's capitalized on, with thoroughly unscientific stories about giant prehistoric sharks and tales of brutal shark attacks.

"The shark continued to shake me, basically like a dog would a rag doll," a survivor told Discovery.

That from a program called "I Escaped Jaws."

At the same time Discovery has affirmed its support for shark conservation, and the channel is partners with conservation groups like Oceana.

But it still generates a lot of fear, as a shark specialist told New York Daily News, "I know television has to provide entertainment, but those distortions hurt the effort to educate people."

So in light of that, we're just going to stick with Hannibal Burress' interpretation of "Shark Week," which seems a lot more harmless. (Video via Comedy Central)

This video includes an image from Hillary / CC BY SA 2.0.