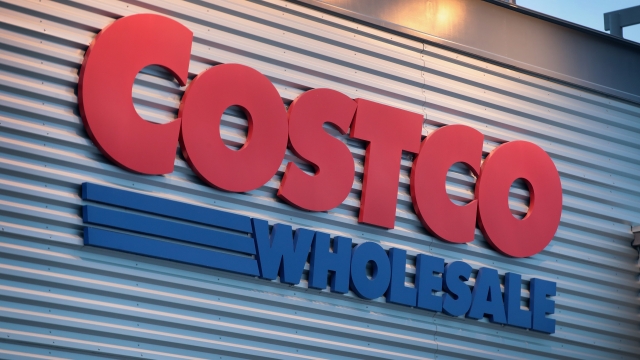 Chinese shoppers lined up for hours to enter the country's first Costco on Tuesday. But later that day, other shoppers received a message saying, "Please don't come."

The opening of the American wholesaler in Shanghai, China's commercial capital, drew scores of eager customers. But it was reportedly forced to close early due to the crowds.

Shoppers inside the store jockeyed for merchandise, while signs outside the store warned others they may have to wait three hours just to park.

The popularity of the brand in China is due in part to its partnership with the e-commerce service Alibaba, which raised Costco's profile by helping it launch an online store there in 2014.

In contrast, other Western retail giants like Amazon and the British grocery chain Tesco struggled to gain market share and eventually had to withdraw from the country. The French big-box chain Carrefour was also unable to get a foothold and sold its China business in June.

And analysts say hype isn't enough to sustain Costco's business in China. The brand now has to prove its model is viable. One customer told Chinese state TV: "I saw many people were there and I got curious. If the prices are reasonable, then I'll be a regular customer. Otherwise, I won't return."