Scientists Have Successfully Cloned Primates For The First Time 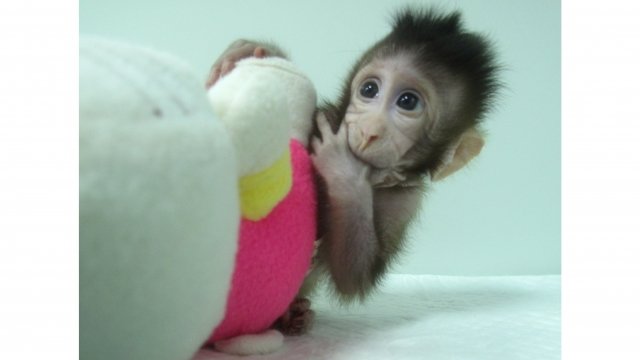 Scientists cloned the two genetically identical long-tailed macaques using an advanced somatic cell transfer technique. In 1996, scientists used a similar method to clone Dolly the sheep. This technique has also been used to clone other animals, including pigs, cows and even dogs, but past attempts to clone a non-human primate species all failed.

Because humans are also in the primate family, cloning monkeys raises ethical issues. But the scientists behind this experiment say they don't intend to clone humans. They also say they hope these and additional cloned monkeys help researchers better understand human diseases, like autism, Parkinson's and Alzheimer's.