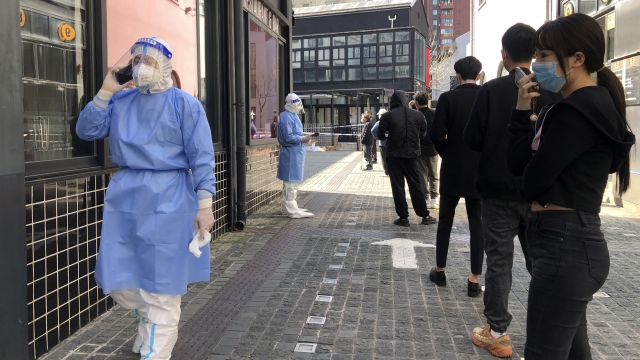 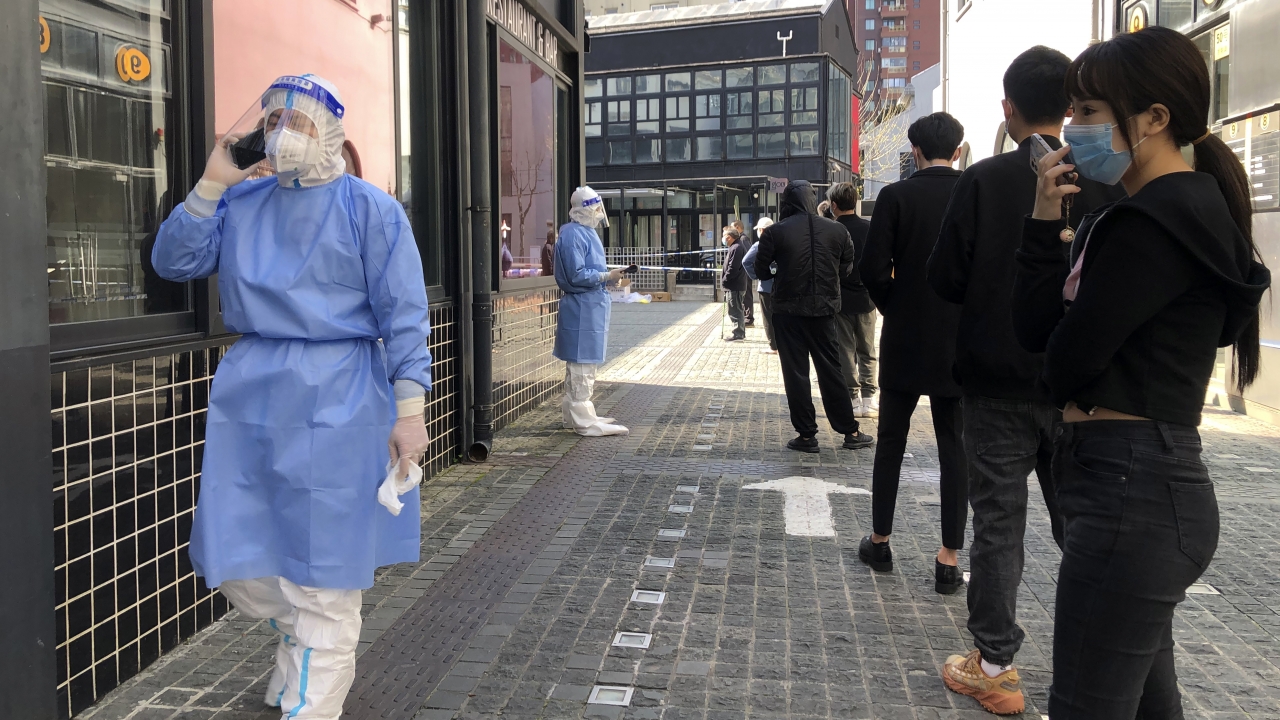 Shanghai allowed 4 million more people out of their homes Wednesday as anti-virus controls that shut down China's biggest city eased, while the International Monetary Fund cut its forecast of Chinese economic growth and warned the global flow of industrial goods might be disrupted.

A total of almost 12 million people in the city of 25 million are allowed to go outdoors following the first round of easing last week, health official Wu Ganyu said at a news conference. Wu said the virus was "under effective control" for the first time in some parts of the city.

Under the latest changes, more than 4 million people are included in areas where the status shifted from closed to controlled, said Wu. He said some are not allowed to leave their neighborhoods and large gatherings are prohibited.

Meanwhile, the IMF reduced its forecast of Chinese growth this year to 4.4% from 4.8% due to the shutdowns of Shanghai and other industrial centers. That is down by almost half from last year's 8.1% growth and below the ruling Communist Party's 5.5% target.

China's case numbers in its latest infection surge are relatively low, but the ruling party is enforcing a "zero-COVID" strategy that has shut down major cities to isolate every case.

The Shanghai city health agency reported seven people who had COVID-19 died Tuesday but said the deaths were due to cancer, heart disease and other ailments. All but two were over 60.

Shanghai shut down businesses and confined most of its population to their homes starting March 28 after a spike in infections. That led to complaints about lack of access to supplies of food and medicine. People in Shanghai who test positive but have no symptoms have been ordered into quarantine centers set up in exhibition halls and other public buildings.

Official data this week showed economic growth in the first three months of this year declined compared with the final quarter of 2021.

The lockdowns in China "will likely compound supply disruptions elsewhere" and might add to pressure for inflation to rise, the IMF said in a report.

The ruling party has promised tax refunds and other aid to businesses but is avoiding large-scale stimulus spending. Economists say that strategy will take longer to show results and Beijing might need to spend more or cut interest rates.

Chinese leaders have promised to try to reduce the human and economic cost of anti-disease controls by shifting to a "dynamic clearing" strategy that isolates neighborhoods and other smaller areas instead of whole cities. However, many areas appear to be enforcing more stringent controls after Shanghai officials were criticized for not acting aggressively enough.

Also Wednesday, the Ministry of Agriculture ordered local officials to avoid any measures that might interfere with spring planting by farmers who feed China's 1.4 billion people. The order followed warnings that production of wheat and other crops might be disrupted, which would boost demand for imports and push up already high global prices.

The government reported 26,760 people who tested positive but had no symptoms were released Wednesday from observation. That included 25,411 in Shanghai, where some residents of quarantine centers have complained they are unsanitary.

Other industrial and trading centers including Changchun, Jilin and Shenyang in the northeast, the port of Tianjin east of Beijing and Shenzhen and Guangzhou in the south have closed businesses, imposed travel restrictions or told residents to stay home.

Global automakers and other manufacturers reduced or stopped production because suppliers couldn't deliver.

This week, Volkswagen AG announced its Changchun factory resumed production and the automaker was considering when its Shanghai facility would reopen. BMW AG said its factory in Shenyang reopened.

While some cities were easing controls, the government of Harbin, a city of 5.3 million in the northeast, suspended bus and subway service on Wednesday and barred the public from moving between districts.