Shanahan: US Won't Unilaterally Pull Troops Out Of Afghanistan 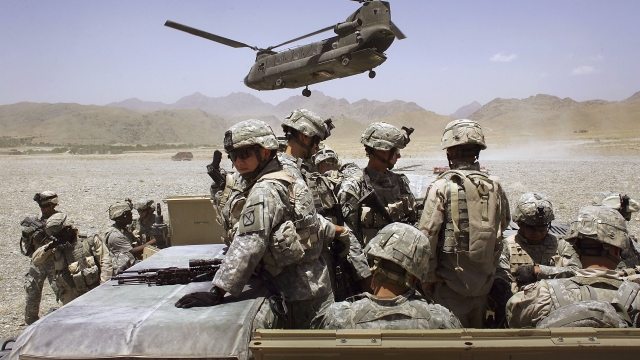 Acting Defense Secretary Patrick Shanahan says the U.S. will coordinate with its NATO allies before pulling troops from Afghanistan.

After meeting with NATO defense ministers in Brussels on Thursday, Shanahan told reporters, "There will be no unilateral troop reduction."

Multiple news outlets reported late last year that the White House had asked the Pentagon to come up with a range of options for removing a significant number of U.S. troops stationed in Afghanistan, including withdrawing all 14,000 of them.

As Newsy previously reported, a U.S. chief negotiator said the U.S. and Taliban had agreed to a framework for a peace deal back in January, but nothing was official yet. The negotiator said the draft agreement includes a provision requiring the U.S. to withdraw its troops from Afghanistan.

Most U.S. troops stationed in the country are part of a NATO mission called Resolute Support. That mission is focused on training, advising and assisting Afghan forces.

The top U.S. NATO commander told reporters Thursday that he has not yet been ordered to remove any troops from Afghanistan.