Pat Shanahan Says Military Not Leaving Border Until It's Secure 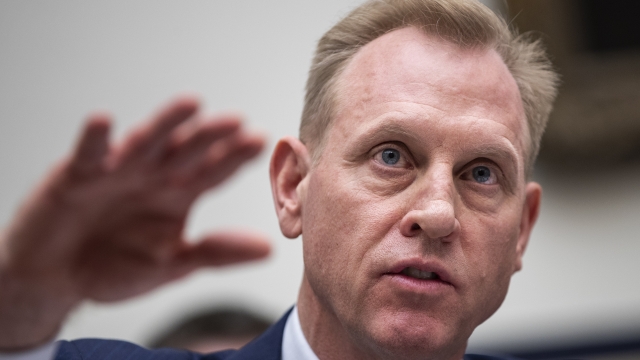 SMS
Pat Shanahan Says Military Not Leaving Border Until It's Secure
By Ahmed Jawadi
By Ahmed Jawadi
May 12, 2019
The acting defense secretary said ​he wants DHS to rely less on the Pentagon for support.
SHOW TRANSCRIPT

During his visit to a Texas border city on Saturday, acting Defense Secretary Pat Shanahan said he intends to speed up plans to secure the U.S.-Mexico border.

According to The Associated Press, Shanahan said the Pentagon would not withdraw its military support "until the border is secure." He added that he wants to get the Department of Homeland Security to a point to where it can "stand alone" and not constantly need the Pentagon's help.

Last week, Shanahan told Congress that there are a little more than 4,000 active-duty troops and National Guard members stationed at the border to help Immigration and Customs Enforcement personnel. They're set to remain there through September, and Shanahan said he doesn't plan on extending their stay.

On Friday, Shanahan announced he approved "the transfer of $1.5 billion toward the construction of more than 80 miles of border barrier," including more than $600 million coming from the Afghan security forces' budget.